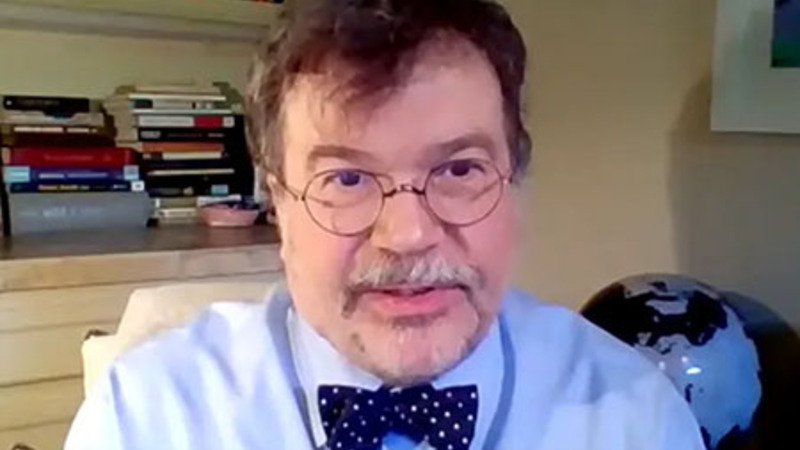 A Dec. 14 Twitter post by Dr. Peter Hotez under the flag of the World Health Organization (WHO) stated: “Anti-vaccine activism, which I actually call anti-science aggression, has now become a major killing force globally."

In the early days after the rollout of the so-called Covid vaccines, Hotez's post may have garnered positive responses.

But, with everything that is now known about the shots, it was no surprise that Hotez's post (see below) was ratioed — big time.

Among the replies: "You don't work for the people but for big pharma. Your propaganda is absolutely scandalous and horrible. Shame on you."

"You have been wrong about almost everything covid related, now your going with this."

"Your organisation is now seen as one of the most corrupt organisations on earth and needs to be disbanded. Check out your replies. We see you."

"Except the unvaccinated aren't dying en masse "unexpectedly" and "suddenly." This is propaganda."

In a Dec. 20 substack.com post breaking down Hotez's claims, Peter Halligan notes the "Monster WHO sycophant Hotez projects his support for genocide of the weak, the poor, the infirm and the elderly by seeking to ban data analysis and pursuit of the scientific method."

Halligan continues: "In the 52 second video embedded in the Twitter post, Hotez, launches into a tirade against the data that reveals that the C19 pandemic is magnitudes greater than it is, that 'vaccines' are the solution and that those examining the data are a killing force of anti-science far right extremists."

"Secondly, the definition of a 'case' was made using an RT-PCR test that was not initially calibrated to the toxic spike protein component of the SARS-COV2 virus that causes the C19 disease. The test used amplification cycles way in excess of the maximum 24 cycles that would produce evidence of the presence of spike protein gene sequences. The RT-PCR test was NOT designed to diagnose infectiousness or infection - it was designed only to detect the presence of a live or dead gene sequence. Around 95% of cases were mis-diagnosed in this way, lowering the number of cases in the U.S. from over 100 million to 10 million and the number of deaths FROM C19 to around 50,000 – a normal flu season.

"Thirdly, the injections contain instructions to the body to produce the toxic spike protein or inject it directly. The injections contain toxic lipid nano-particles encased in toxic Polyethylene Glycol (PEG). Three deadly components and that is if the scale-up from a few tens of thousands of doses manufactured in the clinical trials are replicated exactly by the scaled-up manufacturing process for billions upon billions of doses."

In his post, Hotez "implies that the injections reduce deaths (leave 'cases' aside for now)," Halligan notes.

Halligan points out: "Remember that the 'recovery rate' for U.S. 'cases' exceeds the initially claimed efficacy rate of the mRNA injections. That is, 97% of 'cases' in the U.S. recovered after a few weeks with no help from the injections compared to the 95% efficacy rate claimed in the clinical trials. 97% is higher than 95%, right? So what is the point of an injection with a lower efficacy rate than the recovery rate and why was this recovery rate not reflected in clinical trial efficacy or in any analysis of the pandemic?"

Halligan notes that Hotez "is attempting to link guesses about the reasons for 'vaccine hesitancy' that results in lower all-cause mortality with terrorism. There is no link. There is no political movement, despite attempts by 'people' like Hotez to create division and 'vaccine' apartheid. C19 is a health issue, not a political one. If anything the desire to get to the bottom of all issues, from source to interventions transcends all political considerations."

Halligan continues: "The only 'political movement' has been the emergence of people who reject all government and health regulatory measures imposed by people like Hotez. Whether this 'movement' gains enough momentum to topple governments or whether a new system of government emerges remains to be seen. Suffice to say, governments FAILED in the face of an easily defeatable challenge BECAUSE of the existence of people like Hotez."

“Anti-vaccine activism, which I actually call anti-science aggression, has now become a major killing force globally." - @PeterHotez, Professor and Dean @BCM_TropMed, on the devastating impact of #misinformation and disinformation. pic.twitter.com/ZluiMGJ2gX

hotez by N/A is licensed under Video Image N/A