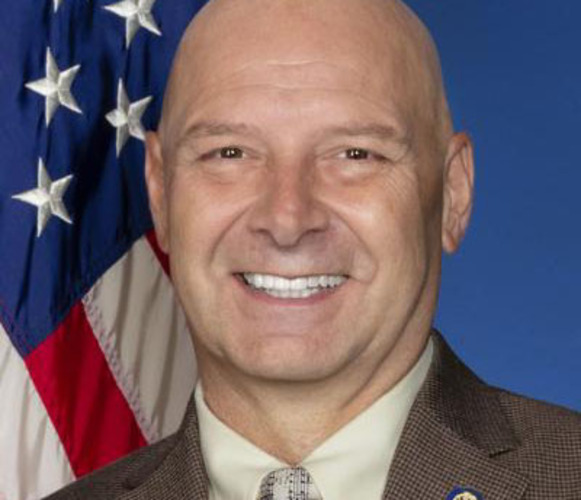 State lawmakers in Pennsylvania announced on Friday they will introduce a resolution to dispute the results of the 2020 election, alleging that “documented irregularities and improprieties associated with mail-in balloting, pre-canvassing, and canvassing have undermined our elector process and as a result we cannot accept certification of the results in statewide races.”

State Sen. Doug Mastriano, a Republican, tweeted: “There is mounting evidence that the PA presidential election was compromised. If this is the case, under Article II, Section 1.2 of the U.S. Constitution, the state legislature has the sole authority to direct the manner of selecting delegates to the Electoral College.”

“This power was given to the state legislature for the purpose of safeguarding the appointment of our president, specifically contemplating corruption and ensuring that the people are not disenfranchised through a corrupt election process,” Mastriano added. “Therefore, we are introducing a resolution to exercise our obligation and authority to appoint delegates to the Electoral College.”

The resolution calls on the Pennsylvania House of Representatives to recognize the alleged irregularities and improprieties and disapprove of what lawmakers describe as the infringement on the General Assembly’s authority to regulate elections.

Pennsylvania Secretary of State Kathy Boockvar extended the mail ballot deadline without permission from the legislature. The U.S. Supreme Court earlier this month ordered Pennsylvania election officials to separate ballots that arrived after the previously-scheduled deadline up to the extended one while justices weigh whether the action was legal.

The Pennsylvania lawmakers called on the U.S. Congress “to declare the selection of presidential electors in this commonwealth to be in dispute.”

Republicans control the House and Senate in Pennsylvania but it’s not clear if they have enough support to pass the resolution. So far, 26 of the House’s 203 members are co-sponsoring the resolution.

Mastriano has said the legislature is trying to claim its power to appoint the state’s electors to the Electoral College: “We have a fight on our hands and we’re gonna fight. We’re gonna take the fight all the way to the Supreme Court if we have to.”

A lawsuit filed with the Wisconsin Supreme Court on behalf of a voter seeks to block the state from certifying its election results.

The complaint, filed on Nov. 27 on behalf of Wisconsin voter Dean Mueller, argued that all ballots cast via drop boxes are illegal and should be discarded, and if such ballots cannot be reliably identified for rejection, then the state legislature should nominate its own slate of presidential electors, The Epoch Times reported.

The lawsuit states that more than 500 ballot drop boxes were installed in 72 counties in the state in violation of the law, arguing the Wisconsin Elections Commission (WEC) did not have the authority to approve their use. The commission’s endorsement of drop-box use amounted to enacting a new elections law, the suit argues, noting that the U.S. Constitution accords such power only to Congress or state legislatures.

“By doing so, the WEC gave the newly created voting process of using ballot drop-boxes, the imprimatur of legality,” the suit states. “But these ballot drop-boxes are part of a procedure and process that was never created through legislation by the Wisconsin legislature. By leaving election officials in all Wisconsin Counties the impression that the use of ballot drop-boxes was legal, members of the WEC violated Wisconsin election laws and encouraged county clerks to do so, also.”

Further, the lawsuit argued there may have been “one-sided partisan teams retrieving un-mailed and un-postmarked ballots from illegally placed ballot drop-boxes,” which combined with “an alleged gross ‘relaxation’ of Wisconsin voter ID laws” undercut election integrity and was “a recipe for voter fraud.”

“With all of these allegations and facts considered together, there is now a cloud of suspicion over the whole election process in Wisconsin,” the suit argued, and called on the Supreme Court to reject all ballots submitted through drop-boxes.

Identification of ballots cast via drop boxes may not be possible, with Urban Milwaukee reporting that Milwaukee Election Commission Executive Director Claire Woodall-Vogg said on several occasions ahead of the election that clerks had no way to mark ballots returned through drop boxes. It is unclear how many ballots were cast via drop-box in Wisconsin.

Hinting at the likely impossibility of identifying ballots returned via drop-box, the lawsuit noted: “If the drop-box ballots were not segregated so that they could be identified to a legal certainty and removed, then the Petitioner asks the Wisconsin Supreme Court to nullify the results of this whole election in Wisconsin and notify that the legislature that it must choose 10 Electors” who would cast presidential votes.

The whistleblower known as #DetroitLeaks has come forward to say there was an official plan to commit voter fraud in Detroit.

Adam de Angeli identified himself as #DetroitLeaks, who revealed in a series of articles published at Big League Politics by Shane Trejo that Detroit trained poll workers on how to cover-up voter fraud, destroy ballots from people they didn’t like, and use covid as a bad faith excuse to keep Republicans from examining questionable ballots.

If someone came to vote on Election Day and the system showed that an absentee ballot had already been received, possibly due to voter fraud, the official training to poll workers was to mislead voters into casting a provisional ballot that would be destroyed. According to de Angeli this was the instruction from City of Detroit worker “Miss Tyra.”

The whistleblower said he went through two training sessions for Detroit poll workers and recorded the trainings on his phone. “It occurred to me that something interesting might be said” during the training.

At both trainings, the instructors told official Detroit poll workers how to prevent Republican poll challengers from seeing ballots so they could not inspect them, de Angeli said, adding that instructors trained poll workers to call 9-1-1 or the police if Republicans did things they did not like.

The whistleblower said he was instructed to allow people to vote twice with duplicate entries. “Once a ballot is given and goes into the tabulator, there’s no way to determine which one is which.”

According to de Angeli, it was deliberate that Republicans were prevented from being in the counting room.

“Exactly what we were concerned with, ended up happening,” he said. “The only way they acted the way they did, was if you were trying to fraud the vote. They were willing to do anything.”

Aric Thompson, a Dominion Voting Systems representative who scanned ballots in Floyd County, worked as an official photographer for Kamala Harris’s campaign last year, according to his LinkedIn profile.

Over 3,000 votes, the majority of which were for President Donald Trump, went initially uncounted in the county.

Real America’s Voice News reporter Heather Mullins tweeted that Thompson was "one of 2 men scanning in ballots in Floyd County. He worked for Kamala Harris. According to Rome City Commissioner Democrat Wendy Davis, & Floyd County GOP Chair Luke Martin, no observers were present for some of the scanning. Over 3,000 uncounted votes found.”

Mullins also shared social media posts from Thompson in which he bashed Trump.

Earlier this month, the Board of Elections in Georgia’s Floyd County voted to fire Chief of Elections Clerk Robert Brady after officials found thousands of uncounted ballots. Thompson was photographed scanning ballots with Brady the day after the election.