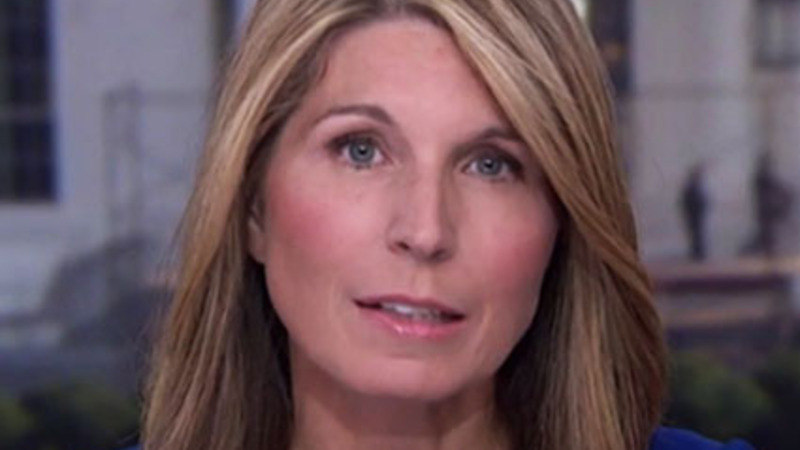 After playing the now-viral clip of Oregon father of four Jared Schmeck saying the phrase to Biden during a phone call while Biden was at the NORAD “Santa tracking center”, Wallace criticized Schmeck for appearing on Steve Bannon’s War Room podcast.

Schmeck told Bannon: "Donald Trump is my President and he should still be President right now. The election was 100% stolen. So I just want to make that clear. Um but, Let's go Brandon is more than just 'F Joe Biden'. Let’s go Brandon is, it encompasses the entirety of our frustration with Joe Biden, the administration, the leftist mob, the cancel culture, the mainstream media. They are the ones who made this a thing. And we’re, we’re able, as conservatives, we are able to find humor in this."

Wallace then went into a rant about how viewers shouldn’t look at this as a story about “giving air time to a MAGA guy who goes on Steve Bannon's podcast.” Instead, Wallace wants viewers to believe that saying “Let’s Go, Brandon” is a “slow-motion insurrection.”

Wallace then went to guest Jason Johnson. The host of MSNBC’s The Week took it a step further by claiming “these people are basically just insurrectionists in training now.”

Johnson: "MAGA isn't about taxes. You know, Let's go Brandon isn’t about what you feel about supply chain issues and gas. It is the cry of insurrectionists. It is the cry of people who want to violently take over this country and oppress anyone who is not like them. He also suggested Biden should get the Justice Department, FBI, and CIA involved to investigate “where the anger that leads to these kinds of statements comes through.”

Stephen Miller, a top adviser in the Trump administration, said it wasn't surprising that leftist media was triggered by someone calling in to Joe and Jill Biden to say "Let's Go, Brandon." However, Miller said what the media missed is why Biden seemed completely unaware of its true meaning.

nwallace by N/A is licensed under Video Image N/A