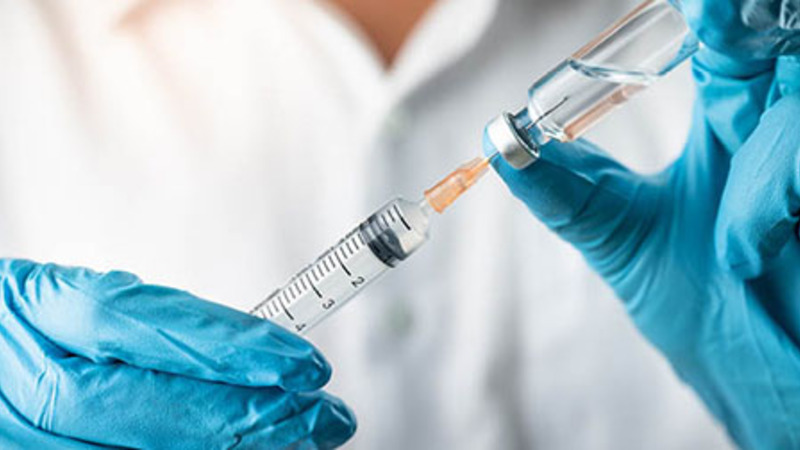 A naturopathic doctor has said that he and his team of colleagues have found an approach to help the body heal from vaccine-induced injuries.

Phoenix-based Dr. Henry Ealy noted: “Your cells are designed to heal. But you must put them in the optimal position to do so.”

The approach is based on autophagocytosis, which Ealy says can heal damage caused by the mRNA injections' spike protein, The Epoch Times reported on Oct. 28.

Licensed naturopathic doctors attend a four-year, graduate-level naturopathic medical school and are educated in all of the same basic sciences as an MD, but also study holistic and nontoxic approaches to therapy with a strong emphasis on disease prevention and optimizing wellness.

"Mainstream media outlets continue to steadfastly naysay or refuse to acknowledge the unprecedented number of people who have been hurt by COVID-19 injections. Despite what is beginning to seem like willful blindness, there is little doubt that these injections are causing some people harm," The Epoch Times report noted.

According to peer-reviewed scientific literature, the Covid shots have resulted in serious side effects for many individuals, some of which are lethal.

Recent research has shown an elevated risk of sometimes very serious heart problems, neurological disorders, and even psychosis. In a peer-reviewed study published in August, Italian microscopists found that 94 percent of vaccinated people who were being seen for a health issue presented with abnormal blood.

Ealy said his protocol, which is individualized for each patient, includes fasting (when it is not medically counter-indicated) to induce autophagocytosis; nutrient-dense supplementation, to help to heal on the cellular level — in particular the mitochondria, the organelles inside the cell that are responsible for energy production; and detoxification to reduce the body burden of toxicants.

After the three-day fast, Ealy prescribed eleven days of targeted nutrients and enzymes to further help his patient break down any circulating spike protein, he said.

The Epoch Times noted that one of Ealy’s patients, who gave him permission to share her videotaped story, found that her health “started going haywire” after receiving her second Moderna shot.

Her legs, arms, and wrists started to hurt. In addition to joint pain and muscle fatigue, she experienced heart palpitations, and blood work revealed that her hormone levels were dangerously abnormal. However, the patient said her condition improved dramatically after she followed Ealy’s healing protocol.

“Every time I did the three-day water fast, I always felt so good,” the patient said. After about three cycles of fasting, followed by eleven days of nutritional healing, she felt she had recovered her health.

Ealy said healing from vaccine-induced adverse health outcomes involves optimal nutrition and supplementation, detoxification, and supporting the body’s natural healing process at the cellular level, all of which are connected.

According to Wikipedia: "Naturopathy is considered by the medical profession to be ineffective and harmful, raising ethical issues about its practice. .... The practice of naturopathy is based on a belief in the body's ability to heal itself through a special vital energy or force guiding bodily processes internally."

vxhrt by N/A is licensed under Screen Grab N/A