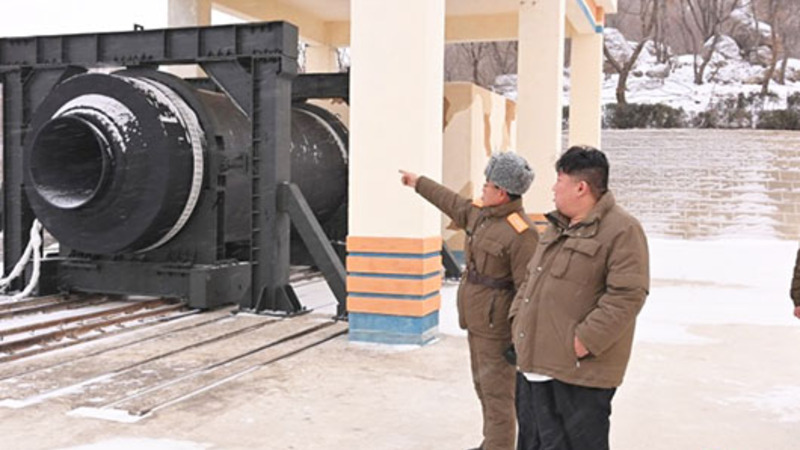 Images released by KCNA indicate the motor is close to 2 meters in diameter, that could enable Pyongyang to build a solid fuel intercontinental ballistic missile (ICBM) large enough to carry multiple warheads.

In its April 15, 2017 military parade, North Korea actually displayed a mockup of a cold-launch tube for a one to two-meter diameter ICBM, atop a transporter-erector-launcher (TEL) designed by the China Aerospace Science and Industry Corporation (CASIC) and likely built by that same company.

Deployed as an ICBM, the KZ-11 could easily carry up to ten nuclear warheads.

Inasmuch as CASIC has built or provided assistance for North Korea to assemble three generations of its 16-to-18-wheel TELs, there stands a very good chance that CASIC has provided technology for North Korea’s new 2-meter diameter solid rocket motor.

Should it deploy new solid-fuel and mobile ICBMs, North Korea would be able to launch surprise nuclear strikes against the United States as fast as modern Chinese and Russian mobile ICBMs.

Free Press International [Freedom Is Not Free!]
kjrocket by N/A is licensed under KCNA N/A