Oligarchy takeover of the GOP continues in Pennsylvania 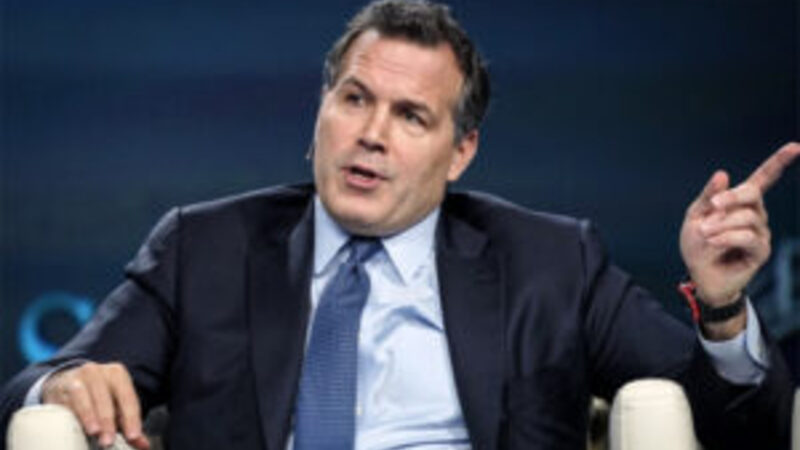 
David McCormick, who stepped aside last week as chief executive officer at hedge fund giant Bridgewater Associates, kicked off his bid for a U.S. Senate seat in Pennsylvania by registering Wednesday to enter the race as a Republican.

A formal announcement is widely expected to quickly follow his filing with the U.S. Federal Election Commission.

The more one vets McCormick, the worse it gets. He was a top wingman to Bridgewater founder Ray Dalio, who has made numerous outrageous comments in recent months rabidly defending communist China, where Bridgewater has highly lucrative business ties. Dalio's latest:


“As Deng Xiaoping and others understood, it’s a cycle,” Dalio said at a UBS Group investment conference Monday, according to the Wall Street Journal. “First you get rich, and then you make a point of distributing those opportunities in a more equal way.”


Dave McCormick has been quoted bashing populism, celebrating skilled immigration and even warning about the potential drawbacks of an “America First” mindset. A former hedge fund CEO, he’s overseen more than $1 billion in investments in China.

None of it is apparent from his Senate campaign website, which says people are asking him to run to represent “America First” values, a nod to former President Donald Trump’s battle cry.

The news site relates that McCormick was "an early Jeb Bush backer" for the 2016 GOP presidential nomination and notes:


McCormick said at a Bloomberg summit that Trump bore "a lot of responsibility" for the "polarization" and "divisiveness" of the previous four years. In the same interview, he complimented President Joe Biden, saying he “really appreciated Biden’s tone” about uniting the country, and called the news of some of Biden’s first appointments “encouraging.”

McCormick is a member of the arch-globalist Council on Foreign Relations, as his wife. In a trend that is becoming depressingly familiar in the Republican ranks (see Heidi Cruz), Dina Powell McCormick is an executive at Goldman Sachs. Along with her CFR membership, she is also a part of the David Rockefeller-founded Trilateral Commission. Described as "Ivanka Trump's woman in the White House" by CNN, Powell was widely accused by MAGA supporters of being a prime leaker during her time in the Trump administration, where she served as a national security and foreign policy advisor in 2017-18. David and Dina Powell McCormick are regular heavy financial donors to the advocates of globalism:
Unsurprisingly, the news service owned by Michael Bloomberg is touting McCormick as another Glenn Youngkin step towards eclipsing Trump's hold on the GOP:


McCormick, a West Point graduate and Gulf War veteran, has been living in Connecticut, where Bridgewater is based, but recently bought a house outside Pittsburgh. He’s betting that the same political currents that lifted Republican Glenn Youngkin, former co-CEO of the Carlyle Group Inc., to an upset win in November’s Virginia gubernatorial election, will bolster his prospects in Pennsylvania.

Youngkin provided Republicans with what could be a winning strategy as he embraced Trump just enough to win the nomination, but ignored the former president during the general election.

And so it is shaping up to be McCormick vs. Oz. This is what a Republican primary for a U.S. Senate seat has turned into six years after Trump captured the White House. A ruling establishment oligarchy is attempting to wash away a genuine grassroots populist phenomenon on the strength of money and the power it brings. And it fully expects you to vote for it come general election time and endorse your own forfeiting of authentic representation in government.

mccorm by N/A is licensed under Video Image N/A