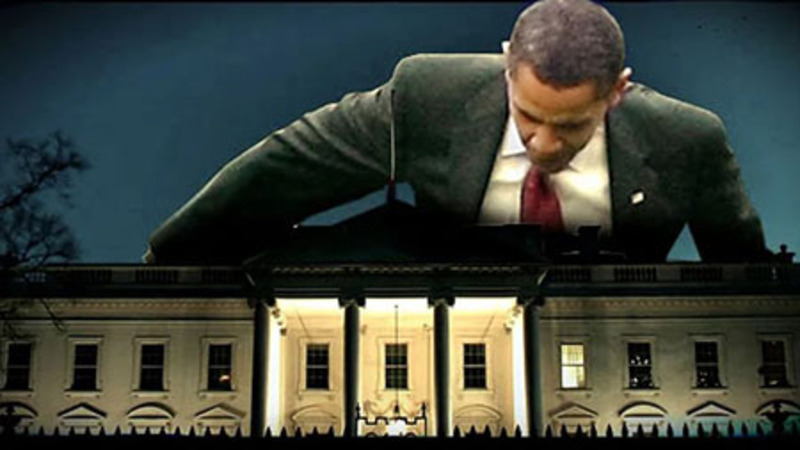 ohouse by N/A is licensed under RushLimbaugh.com N/A
N/A
by WorldTribune Staff, January 17, 2023

Many have speculated about what is really going on with the recent spectacles of the FBI raid on Former President Donald Trump's residence in contrast to the delayed response to President Joe Biden's handling of classified documents and the damning evidence on son Hunter Biden's abandoned laptop. It was all clear to the late Rush Limbaugh just before his last Christmas.

[From "The Rush Limbaugh Show" of Dec. 15, 2020 during which Limbaugh examined the "Drive-by media's response to a weak press conference by President-elect Joe Biden.]

Joe Biden Will Serve at the Pleasure of Obama

If Obama gives the green light to Democrats to take Biden out, there will be ample evidence that Biden has lied about his knowledge his family was selling his name and office with his permission, and if that’s in fact the case, then there’s likely unreported money that will be found. The fake news media will temporarily become hard news media if the decision is made that Biden has to step down. Until that time, they will be covering for Biden, they’ll be making excuses for Biden, they’ll be ignoring all the negatives. You wait and see. And then watch what happens to their ratings when that happens.

He ran everything, and he’s now running this. And as long as Biden accomplishes or does what Obama wants, then he’ll be fine. But I do believe that it will be up to Obama, Biden’s fate. We’ll see.

RUSH: What about this alternative? What about, say, Barack Obama choosing Kommie Harris? Because Barack Obama wants a radical leftist to be president and knows full well that Kommie Harris could never be elected president on her own. The only way to make her president is to have Biden choose her and then somehow get rid of Biden or let that happen naturally, she’s the veep, she becomes president, never has to get elected, never has to go before the American people, and they’ve got their radical, leftist, socialist president built in, and it doesn’t matter what mainstream Democrats think about it.

CALLER: Well, you know, that’s certainly an alternative, and that could equally be as true. I don’t necessarily favor one idea over the other. It kind of really depends on who’s pulling the strings. If it’s Barack Obama, you’re probably right. If it’s somebody else —

Biden has never run for office successfully outside the Senate in his life. He has sought the presidency numerous times and never got past the early primaries. Now all of a sudden, bammo, not only is he the nominee, now he becomes president. I do believe, I really mean it, I think that Biden serves at the pleasure of Barack Obama. We’ll find out. It isn’t gonna be long.