One year after demise of populist president, Tanzania celebrates vaccines; China port back on track 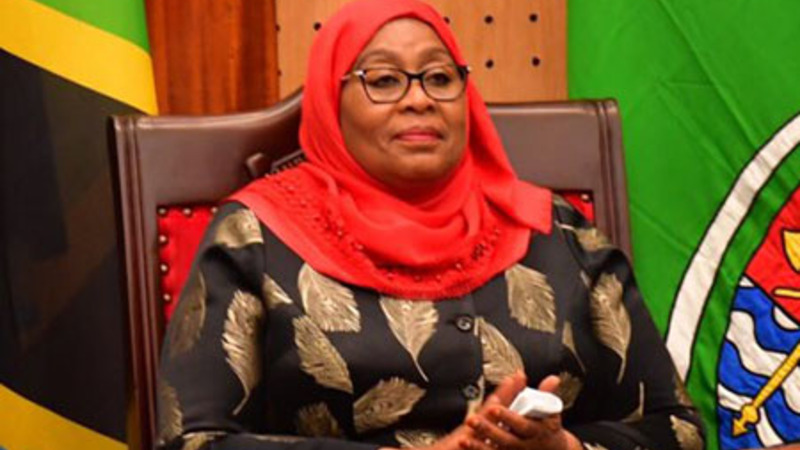 It was quite the convenient death for the forces of globalism including communist China, and one year later, it's consequences are being openly celebrated.

“It's time for Africa to rein in Tanzania's anti-vaxxer president,” screamed the headline on a “Global Development” opinion piece at The Guardian on Feb. 8, 2021. An “about this content” box to the left of the article contains the disclaimer, “Global development is supported by Bill & Melinda Gates foundation.”

A little more than one month later, John Magufuli was dead. The Tanzanian populist leader died of heart disease on March 17, 2021. Magufuli, a social conservative and traditional Catholic, scorned the coronavirus hysteria whipped up by the outsider forces he stood against. His death was widely – and gleefully – attributed in dominant media outlets as being due to COVID.

Whatever the cause, Magufuli’s death was an extremely useful and timely development for the internationalist ranks. They’re not hesitating to acknowledge it 13 months later. Bloomberg News Service “reported” on April 1:


Under Magufuli, the nation of 60 million had become isolated. He antagonized the West, harassed the opposition and denied the existence of the coronavirus in his country. [A] gas project had stalled and a unit of Barrick Gold was threatened with a $190 billion fine. His administration blocked the release of an IMF report that criticized his policies.

Magufuli’s successor, Samia Suluhu Hassan, has been hailed for ending this hash isolation, which of course means, Hassan is opening up her country for the full internationalist experience. Bloomberg waxed ecstatic:


Tanzania is coming in from the cold.

In an interview this week, President Samia Suluhu Hassan showed just how much the government has changed its priorities...

Hassan said companies including Shell and Equinor may invest an extra $10 billion in a liquefied natural gas complex and expressed a desire to conclude deals to build ports, hydropower plants, a key rail route and coal and iron ore mines.

The BBC crowed about the bold new direction on March 19:


Some liken the ongoing changes to the era of former President Jakaya Kikwete, who was one of Mrs Samia's mentors and Mr Magufuli's predecessor.

His leadership style was conciliatory, and political differences with the opposition were often resolved through dialogue over a cup of tea and nibbles at state house. As a result, the government tended not to enforce repressive laws.

This impression is backed by the return of the so-called liberal economic policies. Foreign investors are being actively wooed, Western donors are now regarded as development partners as opposed to imperialists or "mabeberu", loosely translated as male goats – a disparaging term used by Mr Magufuli.

It doesn’t stop with “liberal economic policies,” of course. Hassan is serving up her nation on a silver platter to the global vaccine agenda being pushed by the ruling establishment of the West. A USAID news release on March 3 states:


Today, Administrator Samantha Power held a virtual meeting with Tanzanian President Samia Suluhu Hassan to share that the United States Agency for International Development (USAID) will provide a surge of COVID-19 resources to Tanzania through the U.S. Government’s Initiative for Global Vaccine Access (Global VAX). Announced in December 2021, Global VAX is a whole-of-government effort around the world to turn vaccines in vials into vaccinations in arms.

During their meeting, Administrator Power described USAID’s ongoing efforts to work with partners to accelerate vaccine delivery and uptake across sub-Saharan Africa and discussed how Global VAX could support the Tanzanian government in expanding and accelerating its vaccination efforts. USAID is planning to program $25 million that will support expanded and new activities to help increase vaccination rates. These funds are in addition to ongoing investments by the United States in Tanzania to prevent, treat, and monitor COVID-19, and to build health security capacities.

Hassan has mimicked the COVID theater that marked the authoritarian social regime of Western nations to a T. Last summer, that included her very publicly getting her Jab:

Tanzania's President Samia Suluhu Hassan received her COVID-19 vaccine in public, in the most decisive signal yet of a break from the policies of her late predecessor who repeatedly dismissed the threat of the pandemic https://t.co/goT5W8bHSA pic.twitter.com/eMBEE25twZ

Hassan is actively working with flagship internationalist outfits. She is slated to speak at an event to be held by the World Bank on April 23 on investing in people first – globalist gibberish as the push for a worldwide economic order expands into Africa. From her accompanying World Bank bio:


Under her leadership as President, the Government appointed an expert committee to advise on Tanzania’s COVID-19 response. Following the Committee’s recommendations, authorities have resumed reporting COVID-19 data to the World Health Organization while deploying vaccines across the country. President Samia launched the vaccination program in August 2021 and continues to champion safe public health protocols. Her government is proactively engaging with multilateral and bilateral partners in the region and around the world. The Government has also been actively pushing the climate agenda, its commitment reflected in President Samia’s own participation at the COP 26 meetings in Glasgow in 2021. The role of the private sector as an engine of growth has been given renewed emphasis with increased attention to addressing major constraints on private investment.

As WorldTribune noted last July, Magufuli’s death opened the way for China, which has been colonizing Africa economically at a startling rate in recent years, to move into Tanzania:

Magufuli had called the project “exploitative and awkward.”

The deal would greatly aid the Asian communist superpower in its ongoing efforts to increase the reach of its global military wingspan:


While Chinese propaganda outlet Xinhua proclaimed the project is aimed at boosting the local Tanzanian economy, analysts say Beijing will likely use the port for military purposes to project power in the western and southern Indian Ocean Region.

Addressing Tanzania National Business Council, Hassan said: “Regarding the Bagamoyo Port project, let me give you the good news that we have started talks to revive the whole project. We are going to start talks with the investors that came for the project with the aim of opening it for the benefit of our nation.”

Hassan addressed the United Nations last September. She declared her fealty to “women’s equality,” one of globalism’s biggest weapons for transforming sovereign nations from “backwards” traditionalism to enlightened rules-based international order-style “democracy.” From a post on the speech at the United Nations website:


The Tanzanian President also spoke at length on gender equality, a cause she avidly advocates.

“As the first female president in the history of my country, the burden of expectation to deliver gender equality is heavier on my shoulders. Being passionate about gender equality is not sufficient and as such, my government is reviewing policy and legal frameworks in order to come up with actionable and measurable plans to ensure economic empowerment of women and other aspects pertaining to gender equality and gender parity,” she noted.

She also stoutly proclaimed her devotion to internationalism before the globalist body:


She called for global unity, saying that countries are intertwined in their goals and that multilateralism must prevail in the face of COVID-19.

“Unilateralism will not get us anywhere when it comes to challenges that transcend our national boundaries. A wise person said, and I quote, ‘Alone, one will go faster, but together, we will go far.’”

One year after her predecessor's demise, our ruling establishment cannot hide its joy over the state of Tanzania today.

tanz by N/A is licensed under Screen Grab N/A