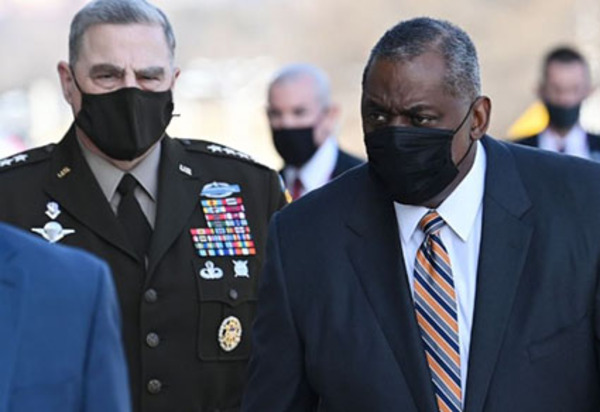 Merriam-Webster defines “Paper Tiger” as “one that is outwardly powerful or dangerous but inwardly weak or ineffectual.”

Is the U.S. military a “Paper Tiger?” The term was widely quoted during the Vietnam War when the U.S. military never lost a battle but lost the war. South Vietnam was lost to totalitarian communism as Afghanistan was lost to another totalitarian government, the Islamist Taliban, for much the same reasons — corruption of the ruling class and lack of will to fight by the people.

Chairman Mao’s dictum of “political power grows out of the barrel of a gun” also is a reason totalitarianism won.

The U.S. military expended billions of dollars and lost thousands of brave men and women in these wars, and yet somehow did not know they were on the wrong side of the people? Where were the intelligence agencies?

The U.S. military has a 200,000 personnel presence in 170 countries worldwide, ranging from a single Marine protecting a diplomatic outpost to over 39,000 in Japan.

The military hardware of the American military is the world’s best, but will it be able to protect the American homeland from China? Russia? Iran? North Korea?

China is expanding its influence throughout the world, including America’s Latin America backyard, without building military bases. One exception is Djibouti in the Horn of Africa, next to an American military base.

The finest military equipment in the world is toothless if it is not manned by the finest personnel. And the U.S. military tooth is being hollowed out at its core by woke, corrupt,  and incompetent leadership.

Secretary of Defense Lloyd Austin ordered a worldwide U.S. military stand-down to address “extremism” in the ranks. He was responsible for the disastrous Afghanistan withdrawal.

Climate change, Covid 19, and extremism in the ranks are all strategic dangers, according to Austin. What about China, Russia, and Iran? What about aging Navy and Air Force ships and planes? Instead of forcing service people to have Wuhan Virus injections that are not scientifically justified or proven safe, he should be concerned about the dangerous drop in recruitment and retention numbers.

A general spokesperson decried the murders but added that the most important factor is maintaining military “diversity.” Nothing was mentioned about Hasan’s Islamic faith driving him to kill infidels. Hasan was a “ticking time bomb” for promulgating Islamic terror, according to fellow officers. Yet his fitness reports did not reflect Hasan’s advocacy; on the contrary, he was promoted to Major.

Wokeness is corrupting all segments of American society but is particularly pernicious in the military culture of top-down management and the implementation of the policy by enlisted men and women.

The military was the first American societal segment to be desegregated, and the only colors that mattered were red, white, and blue. Now tribal headgear is allowed, skin color is a major factor in promotions, and politically correct thought is demanded.

CRT, or Critical Race Theory, is a Marxist theory that race is a social construct, instead of biology, used to oppress people of color (POC).

DIE or Diversity, Inclusion, and Equity (the Woke use the DEI acronym) permeate wokeness. Instead of judging a person by his/her character and performance, they are judged by their skin color, gender, and whether they meet the quota. What happened to Martin Luther King’s “content of character” speech?

Now the military is failing to meet recruitment and retention quotas. Who wants to join an organization that insults you if you are white, forces you to be injected with Wuhan Virus unnecessary vaccines, suffer long deployments away from family, and be on a losing team? There are other negatives:


Afghanistan? Iraq? Navy ships running aground? Aircraft carriers being waddling ducks for enemy missiles? The Air Force having only a tiny fraction of its aircraft being mission capable? The Army reducing fitness standards?

Chinese President Xi recently ordered the Chinese military to “comprehensively strengthen its preparation for war." Our military leaders are more concerned about “wokeness” and uniforms that are pregnancy suitable. Our political leaders continually underfund the military budget and spend billions on green policies to fight climate change.

Peace Through Strength! Be an advocate! Contact your leaders! Be a leader!

We have met the enemy, and he/she is us.

Laurence Sanford graduated from Boston College and then served in the U.S. Navy Pacific fleet from 1963 to 1966. He then served as an officer in the clandestine service of the Central Intelligence Agency for over 4 years, including a two-year assignment in Hong Kong. Mr. Sanford serves as a Senior Analyst with the American Security Council Foundation and is also President of the Association of Former Intelligence Officers — Florida Satellite Chapter.
austmill by N/A is licensed under Screen Grab N/A