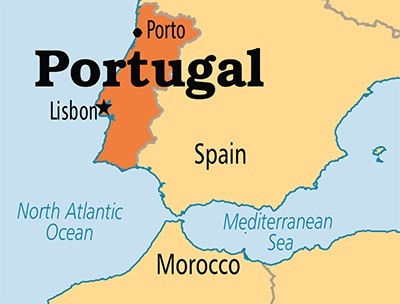 portugal by N/A is licensed under Internet N/A
N/A
by WorldTribune Staff, July 6, 2022

After prohibiting their two sons from taking a class in "gender equality," the parents of the two straight A students in Portugal were put through the ringer by government officials, a report said.

The boys were not only held back from advancing a grade, but the parents were investigated with the possibility of the boys being removed from their home.

It all happened after the parents in the small town of Famalicão prohibited their two boys from taking the class "Citizenship" arguing "conscientious objector" status, William Cacusso noted in a post to Threadreader.

The class in question had two subjects which the parents objected:

The boys, who had the highest grade point (5) average possible, had been passed via the class council (the body that transits students at the end of each year). The council cited both as being exemplary students.

"The class council is sovereign and cannot be hierarchically surpassed by the school board," Cacusso wrote.

That didn't stop the school board from taking the matter to the state. Minister of Education João Costa then issued an order to retroactively annul the class council decision. "This meant both students were to go 'back' two years and do every single class - again," Cacusso noted.

After open letters sent to several ministries and the president of the Portugal got them nowhere, the parents decided to take the matter to court.

The court gave the parents a favorable decision. The boys were to pass the year and the minister had 10 days to contest. The secretary of state was called into parliament to answer for this "authoritarian order."

"The students passed the year and went back to normal class," Cacusso noted. "By the end of the year, the school once again failed them (even though there was a court order against it). Well the same judge that issued the favorable order (Telma Silva) decided to go back and cancel the order."

The Public Ministry then decided to sue the parents and sent social security employees to "evaluate" the "household situation" of the boys.

In the most recent action taken, the outcome of which is still pending, the Public Ministry, the Ministry of Education and the Comission for Protection of Children and Young People decided to take the matter to the "Family and Minor Court" for the removal of the children from their parents, citing:

1. The parents jeopardize the formation, education and development of their own children
2. The parents are putting their own children under danger of "psychic abuse"
3. The parents to not provide appropriate care or affection for the kids age
4. The parents subjugate them to parental behaviors that seriously affect their emotional balance
5. The parents attitude is emotional coercion
6. They are acting outside the law and deciding what their kids learn as if they are judges
7. The minor children have juridical autonomy
8. The kids must be removed from the parents care and placed under guardianship of the school

"You heard that right," Cacusso wrote. "The Minister, still embarrassed by the situation they put him through, is now going scorched earth, attempting to remove the children from the care of their parents. Because of gender equality classes."

"This is the most unbelievable thing I have ever seen happen in my country, and anyone with kids should be having chills down his spine."