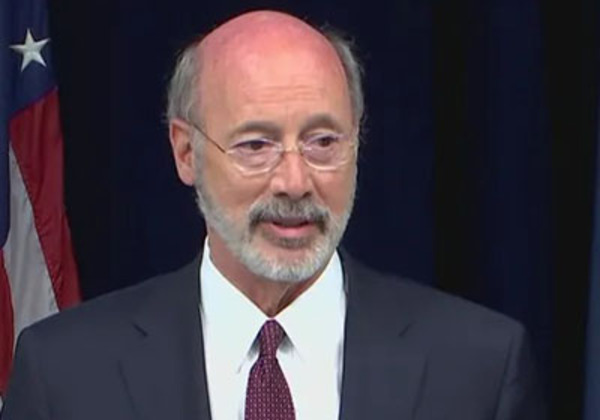 Voters on May 18 passed constitutional amendments that a) limit emergency declarations to three weeks (not three months) and b) require legislative approval to extend them.

"It’s just the latest proof that Americans — on everything from elections to Covid — don’t take kindly to Democratic governors acting like tyrants," Tony Perkins, president of the Family Research Council, wrote for LifeNews.com on May 21.

"Ignoring the democratic process and imposing the Left’s will on states isn’t what most voters are looking for in their top leaders. And to prove it, lawmakers in 45 states have put more than 300 measures on the table to reel in executive actions related to the pandemic or other emergencies. In blue states like New York and Massachusetts, even Democrats are getting involved in pushing back governors of their own party whose mandates have gone too far."

This week, Wolf renewed his Covid-19 disaster declaration for a fifth time. It will be limited to 21 days without legislative approval or legal action.

The state legislature passed six bills to overturn Wolf’s covid orders, but he vetoed every one.

The vote to curb Wolf's emergency powers was seen as a victory for “individual rights and freedoms,” a push to “re-establish checks and balances” so that there’s a “functioning, collaborate government,” Perkins noted.

Wolf called the amendments a “power grab. There’s no question that I opposed this. I said that many times in many different ways. But the voters have spoken, and Pennsylvania wants to change the rules. And I think it’s incumbent upon us to the best we possibly can to make those rules work.”

Throughout 2020, National Review's Nick Murray warned that state legislatures were being sidelined while governors “assumed total control of the coronavirus.”

It’s past time, Murray argued, that those legislatures fight back.

“It doesn’t exist to allow one person to control an entire state government for a year or more,” Murray wrote, adding that if there is a silver lining of Covid it is that it forces Americans to “reckon with the danger of concentrating power in the hands of the few.”

twlfspan by N/A is licensed under Public Domain C-SPAN