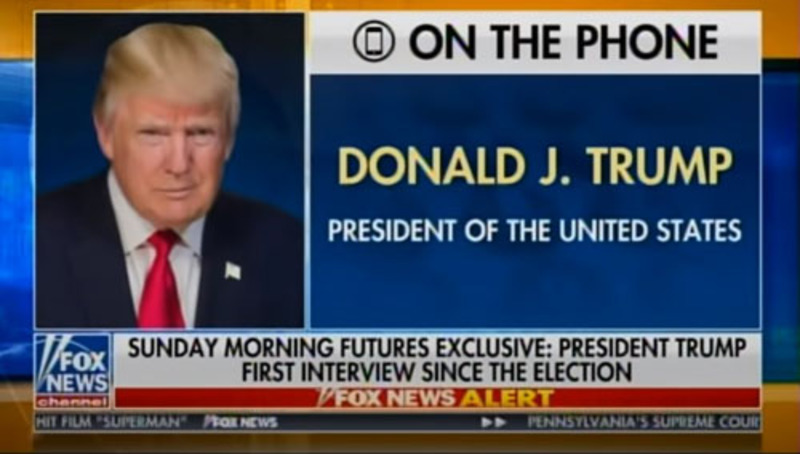 In the 2016 election, the FBI and Department of Justice launched a full-scaled investigation into so-called Russian "collusion" based on an unverified dossier.

In the 2020 election, there are hundreds of affidavits from witnesses to fraud and irregularities. Where are the FBI and DOJ?

In his first media interview since the Nov. 3 election, President Donald Trump told Fox Business host Maria Bartiromo on Sunday that the FBI and DOJ are “missing in action” on investigating alleged election fraud.

“Why isn’t the FBI involved?” Trump asked, “They’re not. And it’s a terrible thing for our country.” Election fraud “is the biggest thing you could be looking at.”

“This is total fraud. And how the FBI, and Department of Justice — I don’t know, maybe they’re involved — but how people are allowed to get away with this stuff is unbelievable. This election was rigged. This election was a total fraud,” Trump said. “All I can say, is: With all of the fraud that’s taken place, nobody has come to me and said, ‘Oh, the FBI has nabbed the people that are doing this scheme.' ”

Trump then claimed that some ballots in areas had Joe Biden’s name filled in and no other candidates.

“They panicked and checked only Biden on the top” and didn’t fill out anything else, the president said in the interview.

Bartiromo asked: "And you believe you will be able to prove this in the coming weeks?"

Trump told Bartiromo that on Election Night world leaders called to congratulate him then, votes came in “dumps. All of a sudden, I went from winning by a lot to losing by a little” in key states.

“Many foreign leaders are calling me saying that’s the most messed up election we’ve ever seen,” Trump later said.

The president cited allegations of voter fraud in irregularities made by poll watchers in Pennsylvania, as an example, asserting that observers for the GOP were “thrown out” of vote-tabulation centers on Nov. 3 and beyond.

“Poll watchers are very important,” Trump said, adding that they “got thrown out of buildings” in some areas, namely in Milwaukee, Philadelphia, and Detroit. “Poll watchers were walked out … by thugs,” the president remarked.

“We have hundreds and hundreds of affidavits” from witnesses who said they saw fraud or irregularities. “These are respected people … these are people whose lives are at risk.”

“The Philadelphia Board of Elections processed hundreds of thousands of mail-in ballots with zero civilian oversight or observation,” Kweder said.

Along with their legal challenges, Trump’s lawyers have suggested that GOP state legislatures could vote to certify their own slates of electors that would be sent to the Electoral College.

“We’re doing both, with equal speed and enthusiasm, and taking advantage of which one gives us the hearing the quickest. And which one will work fastest for us,” said Trump lawyer Rudy Giuliani on Newsmax, referring to the dual strategy of lobbying state legislatures and filing lawsuits. “Because we don’t have a lot of time. We’ve got a lot of evidence; we don’t have a lot of time. And we’re facing a major censorship, so it’s very hard to get this information out to the public.

“The situation in Michigan was worse than the situation in Pennsylvania,” Giuliani said in the Newsmax interview. ”The situation in Wisconsin was outrageous. I mean they have all these absentee ballots without applications. In Nevada, they used a machine that basically didn’t work and let every signature go through, even though it’s illegal to use a machine.”