Pricey hookers embed in Davos hotels as elites convene: ‘You don’t want to get into litigation with them’ 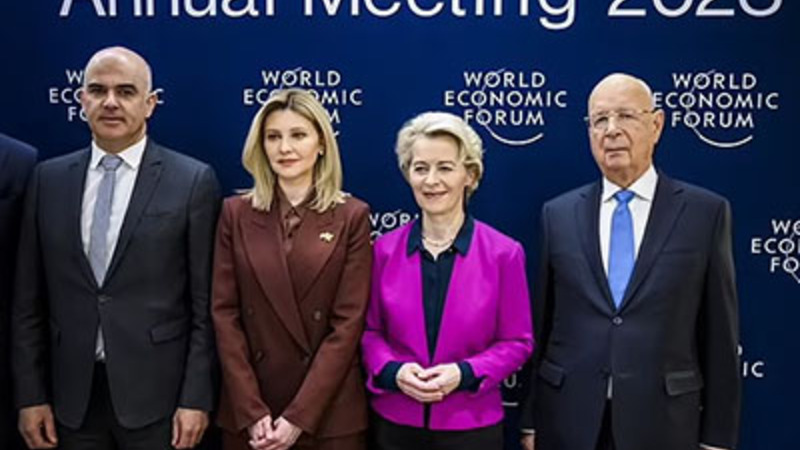 For those laying the foundation for Earth's future in Davos, Switzerland fine wine and private jets are not enough.

The demand for high-priced prostitutes has skyrocketed in Davos, where many of the world's elites have jetted in for the 2023 World Economic Forum (WEF).

Escorts are booked into the same hotels as the high-powered WEF attendees for the five-day summit which began on Monday, reports say.

Salome Balthus, a sex worker and writer, posted on Twitter: "Date in Switzerland during #WWF means looking at the gun muzzles of security guards in the hotel corridor at 2 a.m. — and then sharing the giveaway chocolates from the restaurant with them and gossiping about the rich... #Davos #WEF."

The 36-year-old Balthus said she is staying at a hotel near Davos throughout the summit. But she would not reveal who her influential clients are, cautioning: "Believe me, you don't want to get into litigation with them."

One sex worker told Bild that she regularly sees an American who visits Switzerland multiple times a year and is among the 2,700 WEF attendees.

"Liana" told Bild she charges around $760 for an hour and $2,500 for the whole night, plus travel expenses.

The manager of one escort service in Aargau, 100 miles away from Davos, told 20 Minuten: "Some also book escorts for themselves and their employees to party in the hotel suite."

Nearly 600 chief executives and more than 50 heads of state or government are expected to attend the 2023 conference in Davos.

"Why is the head of America’s FBI attending an organizational meeting that is aimed, in large part, at advancing the anti-American, anti-freedom Great Reset agenda?" Washington Times columnist Cheryl K. Chumley asked.

Klaus Schwab, the founder and executive chairman of the WEF, "has made no secret of his plans to platform from COVID-19 lockdowns to climate change regulatory controls — to segueing the fears of COVID into the fears of climate change and to then exploit those fears to justify seizures of individual liberties," Chumley added.

Schwab had previously said: “The pandemic represents a rare but narrow window of opportunity to reflect, reimagine and reset our world.”

"And that reset means, in a phrase, global communism," Chumley noted. "Once called One World Order, once called New World Order, the Great Reset is a complete overhaul of nations’ economies — targeting America, specifically, to flip capitalism on its head and usher in its place a new system that puts social justice and social agendas at the helm of corporate considerations. In place of profits. Wonder why all the ESG — environmental, social governance — agendas running roughshod over companies’ woke guiding compasses lately?"

Why is the FBI Director Christopher Wray attending WEF in Davos? @RealStevefriend https://t.co/qRCa288VVc