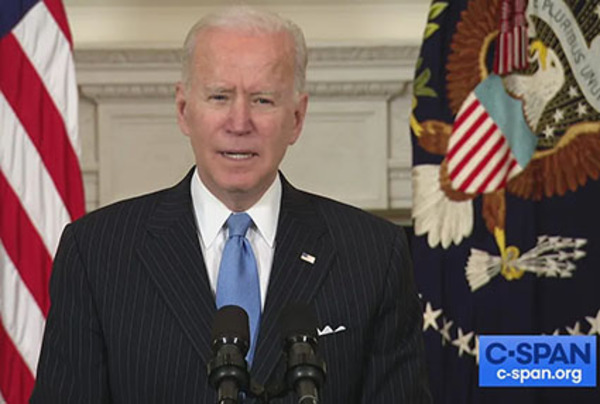 joeloan by N/A is licensed under Public Domain C-SPAN
N/A
by WorldTribune Staff, May 24, 2021

Team Biden will not include student loan debt forgiveness in the upcoming budget.

In an interview with the New York Times on Friday, Joe Biden said he had grown "suspicious" of canceling student loan debt.

"The idea that you go to Penn and you're paying a total of 70,000 bucks a year and the public should pay for that? I don't agree," Biden told the Times.

The decision marks a major broken promise for Biden, who during the 2020 election campaign had made student loan debt forgiveness a priority, vowing to erase up to $10,000 on all federal student loans.

Analysts said it also marks a major blow for the more than 42 million Americans who have student loans. The average outstanding loan amount is $36,520.

Biden's policy shift is also expected to anger progressives including Rep. Alexandria Ocasio-Cortez and Sen. Elizabeth Warren, who had pressed Team Biden to forgive up to $50,000 in student loan debt.

"Canceling student loan debt is the single most effective executive action" that Biden "can take to kickstart this economy," Warren has said.

Team Biden said it would prefer Congress pass a bill canceling the debt rather than doing so through executive order.

Federal student loan payments are set to resume on October 1, after a 19-month suspension that was put in place by Congress to provide financial relief to borrowers during the pandemic. The pause on federally held loans was part of the first major covid relief package.

Biden has also broken his promise to cancel student debt for undergraduates at public colleges and Historically Black Colleges and Universities.

joeloan by N/A is licensed under Public Domain C-SPAN