Putin’s next moves: From chess to 'nuclear catastrophe'? 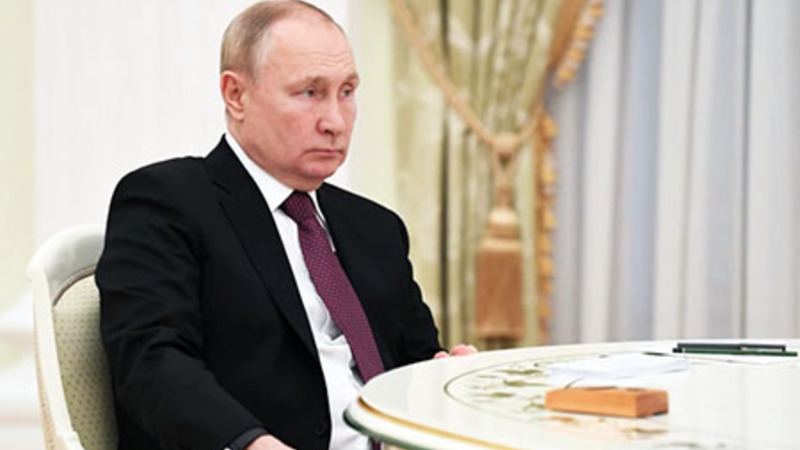 vladmove by N/A is licensed under Screen Grab N/A
N/A
Special to WorldTribune.com

Various geopolitical analysts and Think Tank acolytes somberly assert this “truism” with requisite well stocked bookcases behind them.  Yet has Putin’s war against Ukraine, started during the Winter, proved a stroke of genius by the denizen of the Kremlin?

Let’s consult Gary Kasparov, the exiled Russian chess grandmaster, to have a sobering view into Russia’s dangerous slide from the end of the Soviet Union back to a dictatorship. We dust off the noted dissident Kasparov’s extraordinary book Winter is Coming which was published in 2015 (Public Affairs) following’s Putin’s first land grab in Ukraine a year earlier.

Kasparov returns us to the heady days following the fall of the Berlin Wall in 1989, the crumbling of Moscow’s East Bloc socialist states, and the subsequent collapse of the Soviet Union itself in December 1991. He credits the “moral clarity and stubbornness of Ronald Reagan” to have basically undone a moribund Soviet regime which was already the victim of its own socio/economic ineptitude.

The Fall of the Berlin Wall and the freedom tsunami which swept Eastern Europe was an extraordinary moment in which to be alive. Except for Vladimir Putin, a KGB operative stationed in East Germany, the period evoked the collapse not only of communist regimes, but as importantly, heralded the loss of Soviet power and global status.

Resetting the myth of Russia’s humiliation has been one of Vladimir Putin’s key nationalist themes. This reality is juxtaposed with the near permanent stream of political rationalizations that Putin’s parallel universe propaganda extols to justify military actions be they in Georgia or in Ukraine.

Gary Kasparov cites what he calls the “immoral passivity” that former President Bill Clinton showed when dealing with Ukraine; the signing of the 1994 Budapest Memorandum in which the U.S., Britain and Russia ensured that recently independent Ukraine would give up its nuclear arsenal (the third largest in the world) in exchange for security guarantees with would “respect the independence and sovereignty of the existing borders of Ukraine.” This was all pre-Putin by the way.

The Budapest Memorandum was not a security treaty nor a watertight guarantee to Kyiv.

Kasparov recalls that when speaking to the first Ukrainian President in 2014 after the Russians seized Crimea, “he was adamant the United States had betrayed Ukraine to Putin.”

Kasparov argues that “history is cyclical, it turned out the great victory for democracy was not eternal but seasonal.”  He adds that this reality countered the West’s “excessive optimism.”

Winter is Coming presents a brilliantly lucid prologue on Putin’s autocratic ambitions. As the chess master warns, “The mullahs, monarchs and dictators are pushing back against the threat to their medieval ecosystems.”br />
While Winter is Coming provides the grand sweep of Putin’s post-Soviet actions, another fascinating account, Putin’s Playbook; Russia’s Secret Plan to Defeat America (Regnery 2021) offers a troubling deep drill into Putin’s methodology and it’s political manipulation of the USA. Author Rebekah Koffler, a Russian born U.S. intelligence expert who worked with the Central Intelligence Agency (CIA) and the Defense Intelligence Agency (DIA), takes the reader behind the shroud of near-timeless Russian intelligence operations which have at their core, destabilization of the USA.

Koffler, an ethnic Russian from Kazakhstan, writes with the “sixth sense” in viewing contemporary Russian intelligence and influence operations. Concerning Moscow’s interference in the 2016 U.S. Presidential elections, she boldly asserts, “As Putin’s playbook shows, Russia was trying not only to hurt both candidates Clinton and Trump, but to harm ordinary Americans by destabilizing our society through deceit, disinformation and agitation.”

She adds later, “Sabotaging U.S. elections serves Russia’s broader  purpose of subverting, destabilizing, and if necessary, defeating our military.”  Putin plans for a weakened United States, “immersed in political disfunction, struggling economically, bogged down in eternal conflicts, alienated from its allies, and torn by radical, religious and ethnic tensions.”

In other words stir the pot and keep it boiling; create mayhem and discord on all sides to weaken the democratic middle. Koffler’s long list of past and ongoing Russian active measures and subversion offer a clear warning light to Washington policymakers on both sides of the aisle.

The third book in my troika of Russia reads is the slender but stunning account <em>The Russia Trap; How our Shadow War with Russia could Spiral into Nuclear Catastrophe.</em>(Thomas Dunne Books, 2019). George S. Beebe former CIA Director of Russia analysis resets the stage on how the USA and Russia could blunder into WWIII.

Written pre-Ukraine conflict, the book offers a sobering and deeply serious account of how political perceptions and misperceptions can quickly deteriorate into real conflict.  He asserts when “high risk tolerance is overlaid against a background of increasingly unconstrained shadow warfare between two nuclear powers in the cyber, military, economic and information domains, they assume disproportionally dangerous implications.”

We’re watching this unfold now in Ukraine. We must be wary.

John J. Metzler is a United Nations correspondent covering diplomatic and defense issues. He is the author of Divided Dynamism the Diplomacy of Separated Nations: Germany, Korea, China (2014). [See pre-2011 Archives]
vladmove by N/A is licensed under Screen Grab N/A