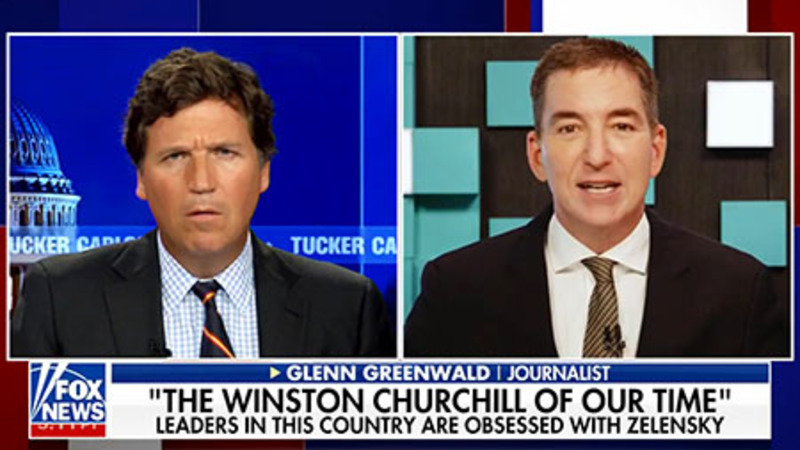 During his broadcast on Wednesday night, Fox News host Tucker Carlson interviewed independent journalist Glenn Greenwald in a 4-minute segment that provided one of the best summaries of the Russia-Ukraine War heard anywhere.

"What was so shocking about the interview, was how casually both men veered onto topics that are essential to grasping 'how we got to where we are today' but which are entirely banned on all the other cable news channels," Mike Whitney of The Unz Review noted.

"You are not allowed to know, for example, that Russia was 'lured into the conflict in Ukraine.' That does not fit the script that has been passed-along from the Biden State Department to their lapdogs at the cable news stations. You’re also not allowed to know that the U.S. does not fight wars 'to spread democracy' or that 'the U.S. has no vital interests in Ukraine' or that 'Russia is not really our enemy.' All of those topics are verboten. You’re not even allowed to think about these things, which is why – for the most part – they have been completely scrubbed from any-and-all discussion of foreign policy in the corporate media," Whitney added.

"That’s what makes the segment with Greenwald such a stunner, because it’s 4 glorious minutes of pure, unvarnished truth delivered from a platform that typically only produces, lies, disinformation and propaganda."

glenntuck by N/A is licensed under Video Image N/A