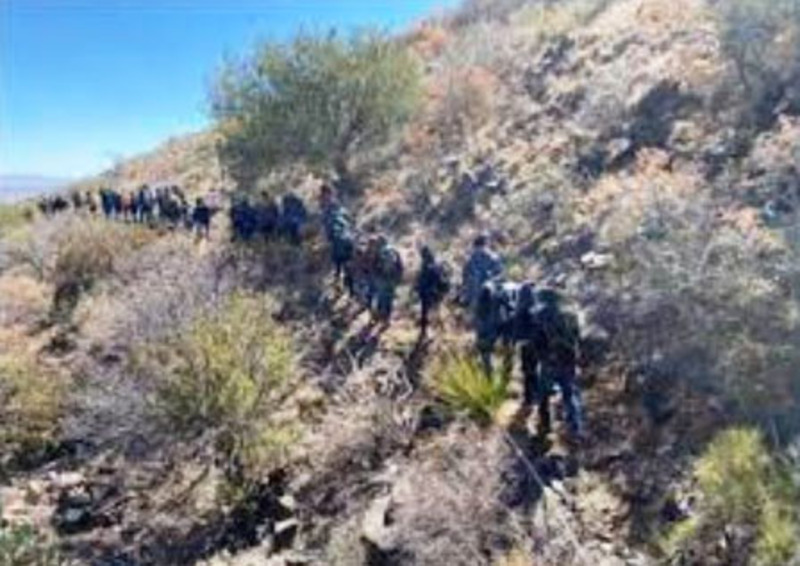 The tractor trailers are stopping at the Rio Grande to dump their cargo in the Big Bend areas of west Texas as cartels continually look for new crossing points, the April 27 report said.

“It’s never been this busy,” one border agent told Todd Bensman of the Center for Immigration Studies. The agent said Joe Biden’s border policies have been dubbed “la invitacion” by illegal immigrants.

One smuggler told Bensman: "There's no one watching."

Bensman noted: “Eighteen-wheeler tractor-trailer rigs and trucks of all sizes now pull right up to the river in unending succession to unload people and drug cargo in broad daylight along the long empty stretches of riverside territory. Police chases of immigrant transport vehicles are now commonplace in towns further inland for the first time. And border patrol agents, largely unreinforced despite new circumstances, are chasing groups through the desert day and night, losing most and strained beyond capacity to impact what’s happening, they say."

The border agent told Bensman: “I’ve never seen 18-wheelers out on the levy on the Mexican side like this, filled with God-only-knows what. It was predicted before the new administration came in, and it happened. Now the cartels are having a field day.”

Bensman noted: "The illegal immigration surge through this lightly populated, rugged wilderness sector is entirely new and different from what most American media reports show is happening in other sections of the border. The vast majority of illegal immigrants now coming over the shallow Rio Grande border here are single adults, rather than the families and unaccompanied minors flooding other zones and attracting media attention hundreds of miles to the south."

According to ranchers, residents, police, and federal agents, the Big Bend region is among the least patrolled on the border, "a forgotten back door left open when it comes to CBP resource allocations," Bensman wrote. "By all accounts, the single runners are flooding in, over, and around a tiny Border Patrol force that tries but can only do so much with what it was given."

There are no signs that Team Biden "is interested in reinforcing the beleaguered Big Bend outposts," Bensman wrote. "Short of interest or much knowledge about what’s happening there, Big Bend will remain largely defenseless in a migration crisis that has arrived there and shows only signs of sharp escalation."

bigbend by N/A is licensed under Public Domain CBP