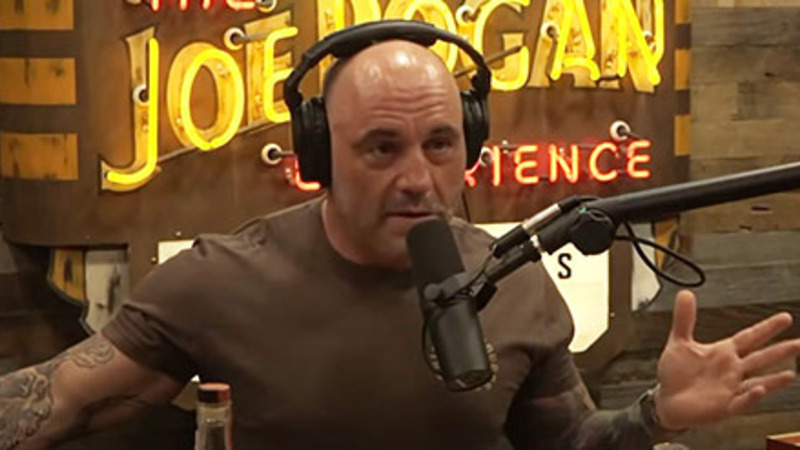 
What a difference five decades make. Regardless of what you think of the COVID vaccine, it is pretty amazing to see two of the most eloquent advocates of personal freedom in the late 1960s become stooges for the government line. I'm vaccinated, so please don't "truth" bomb me.

The situation is truly Orwellian when these half-educated artists, particularly Young who is now playing the hypocrite to the message of his music's theme of freedom, attempt to restrict these experts' free speech and ability to educate the public on lifesaving information by trying to censor and de-platform Joe Rogan’s wildly popular Spotify podcast, The Joe Rogan Experience, simply because he interviewed the two doctors.

On Sunday night, Rogan issued a defense that included what might be called an apology, in a video posted on his Instagram channel. Responding to the accusation of spreading "dangerous misinformation" because of the two episodes, Rogan offered the following reality check:

Dr. Peter McCullough is a cardiologist and he is the most published physician in his field in history. Dr. Robert Malone owns nine patents on the creation of mRNA vaccine technology and is at least partly responsible for the creation of the technology that led to mRNA vaccines. Both these people are very highly credentialed, very intelligent, very accomplished people, and they have an opinion that is different than the mainstream narrative. I wanted to hear what their opinion is. Those episodes were labeled as being dangerous, that they had "dangerous misinformation" in them.

Rogan pointed out that in only a matter of weeks and months "misinformation" that earlier prompted social media cancellation is now universally accepted as fact:

The problem I have with the term "misinformation," especially today, is that many of the things that we thought of a misinformation just a short while ago are now accepted as fact. Like for instance, if eight months ago you said "If you get vaccinated, you can still catch Covid and you can still spread Covid," you would be removed from social media. They would ban you from certain platforms. Now, that is accepted as fact. If you said, "I don’t think cloth masks work," you would be banned from social media. Now, that is openly and repeatedly stated on CNN. If you said, "I think it’s possible COVID-19 came from a lab," you would be banned from many social media platforms. Now, that’s on the cover of Newsweek. All of those theories that at one point in time were banned, were openly discussed by those two men I had on my podcast, that have been accused of dangerous misinformation.

Rogan admitted that he gets things wrong and is not a physician, adding, “Whenever I get something wrong, I try to correct it. And I’m interested in having conversations with people who have differing opinions. I’m not interested in only talking to people that have one perspective. That is one of the reasons I had Dr. Sanjay Gupta on . . . and I really enjoyed our conversation together. He has a very different opinion than those men do. I had Dr. Michael Osterholm on at the very beginning of the pandemic. He is on President Biden’s COVID-19 advisory board. I had Dr. Peter Hotez on, who is a vaccine expert. I’m interested in finding out how these people come to these conclusions, and what the facts are.”

Ironically, Young and Mitchell have voiced no concerns over a guest like Sanjay Gupta, MD who, after being presented with studies on Rogan's show demonstrating increased harm to young people who receive the vaccine, with no benefit to their demographic, later appeared on CNN with hand puppets to promote the vaccine to young children. Dr. McCullough in his interview with Rogan called Gupta's CNN appearance "unethical," and "immoral" for encouraging "children to take the vaccine without telling them about myocarditis, without telling them about cardiac death, without telling them about the, MRIs, and the . . . EKGs, and the drugs for heart failure,“ adding, "from a civil perspective, this is illegal," for failure by Gupta to follow the legal requirement of pharmacological advertisers and doctors to present risks alongside benefits of proposed treatments.

Rogan said that he agrees with Spotify to add disclaimers at the beginning of podcasts where he interviews individuals who differ from the dominant medical opinion and to have more experts with differing opinions on right after interviewing the more controversial ones.

Referring to Young and Mitchell’s removal of their music from the streaming platform, Rogan said, “I want to thank Spotify for being so supportive during this time. I’m very sorry that this is happening to them and they are taking so much heat from it.”

Rogan affirmed his good will toward Neil Young and Joni Mitchell, his love for their music, and shared a story about a Neil Young concert he worked at at age 19.

Rogan’s statement drew hundreds of supportive comments to keep up the good work.


Joe Rogan is what he is. We in the media might want to spend more time thinking about why so many people trust him instead of us.

jrogan by N/A is licensed under Video Image N/A