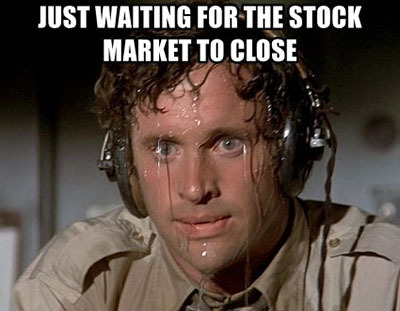 sweatstock by N/A is licensed under Illustration N/A
N/A
Special to WorldTribune, August 24, 2022


I could hear the anxiety in his voice.

Even though it was a phone conversation with someone I’d never met, I felt an image in my mind of sweat pouring down his face and a tremor in his lips. Clearly, this was not someone in control of his current situation.

Bob (not his real name) is around 40 years old and has spent the last year looking for a better job. He felt confident enough seven months ago to leave his last post so he could concentrate on the new search. He really didn’t think there was anything to worry about. The job picture in America was strong and the stock market was booming. The timing was right.

Because Bob is on the younger side, he takes a little more risk than a retired person. About a year ago, when he was still working and the future was bright, he put all his IRA money ($90,000) into AMC Networks, the second most popular meme stock of the year behind GameStop. He paid about $57 a share.

Like I said, he takes a little more risk than a retired person.

AMC fell to $30 shortly after Bob bought it, but he was still working and feeling good about his future, so he hung in there. The stock rebounded sharply, jumping all the way back to $52 by the middle of September. Bob kept reading all the financial news and Reddit posts about AMC, which kept him thinking that a GameStop-like short-squeeze was coming any day.

Things changed by the Spring.

Now, Bob was out of work for a few months, the stock market had been down for months, a major war was going on in Eastern Europe, and his AMC bet was now down 70%. He wasn’t telling his wife the full extent of the trouble they were in, and he was demoralized thinking about possibly failing his four-year old daughter.


Bob contacted me two weeks ago and when we started talking, it was like a waterfall of thoughts and emotions. He told me about his bad timing to leave the job and how much more difficult his search was than he expected, the fear of a bleak future for his family, how paralyzed he felt.

The cratered value of his bet on AMC put the situation on red alert.

We opened the charts and slowly and methodically began conducting a logical analysis. We looked at the overall market first (always begin with the S&P 500) and concluded that after a 2-month rally, the market was extremely overbought in the short-term and beginning to demonstrate short-term bearish divergences in the more speculative areas of the market (small caps and tech). Combining that with low volume of shares traded and a mini meme scene slightly reminiscent of early 2021, it looked like odds were building for at least a temporary period of either correction or a sideways drift.

As we went through the process, I could hear a calming in Bob’s voice and imagined some of the sweat and lip tremors fading away.

We still had to deal with the elephant in the room, the demolished stock.

The AMC chart looked like a lot of the retail favorites from the middle of June through last week. A nice run from $11 a share all the way to $27. But there was a lot of resistance overhead—that is, price levels where many traders and investors had been left holding the bag and would want to sell at the first opportunity. There was little reason to think the stock could go much further.

Using the evidence in front of him, Bob sold all his AMC shares the following day at $26.

It did so within only ten days of his decision. 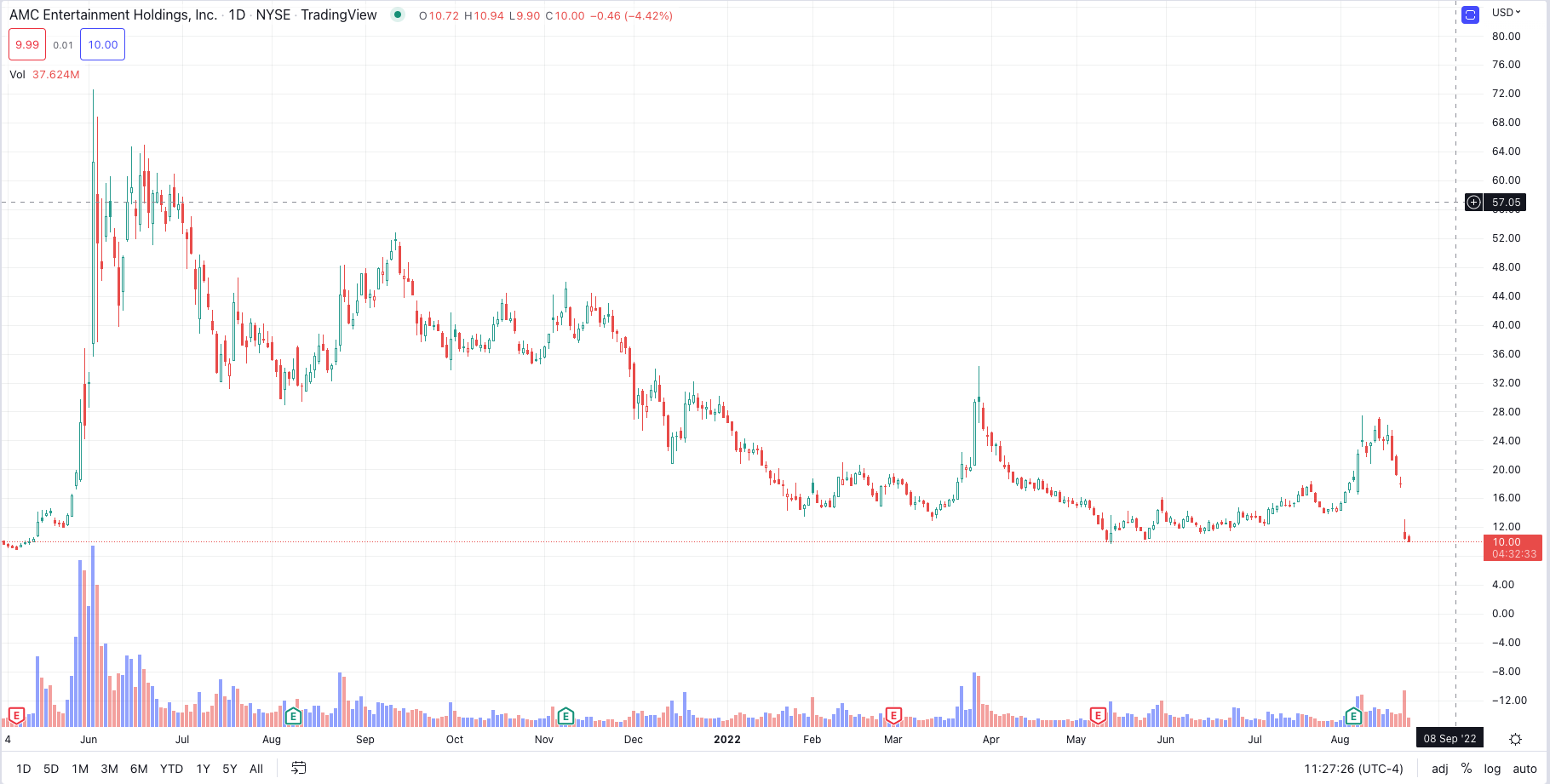 He salvaged a little over $41,000 of his original $90,000 investment. But he told me he felt completely relieved that he was done with that dumpster fire. As AMC is a realistic bankruptcy possibility, Bob knew $40k was better than nothing. He could start over, and there was something to build from. $40k, it turned out, is 166% better than $15k. Had Bob not availed himself of sound understanding of the financial markets and had not had the courage and mental fortitude to withstand the immediate pain of cutting a loser short at a prime opportunity, he would have lost $20,000 in ten days. And it may go down more again today.

Bob’s life took an immediate turn for the better.

He had a final job interview the day after he sold that AMC stock. Maybe it was the anxiety that was gone from his voice or the joy he felt, knowing he made the right decision for his family. Perhaps it is something we will never know, but Bob got the job.

Bob also took a few winning trades with Club Romulus' ACTA portfolio since getting out of AMC. He knows $40k is not going to fly back to $90k overnight, but he is already on the right path.


There are some lessons here.

The first is NEVER put your entire account into one stock, no matter how enticing the prospects may appear. Remember, a little diversification (but not too much) is key. The second lesson is to make sure we keep doing the small things every day to stay on course to financial strength. If Bob had greater savings, he would have been better able to withstand the several months it took to land a new job.