Romulus Report: AMZN setting up for a good buy 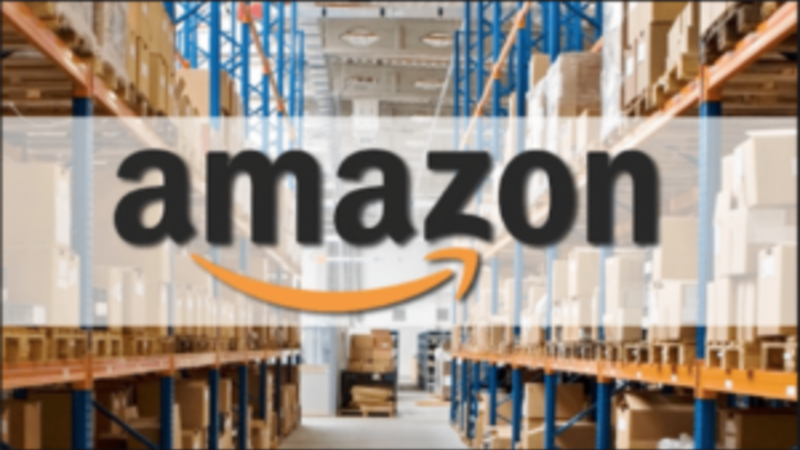 Amazon by N/A is licensed under WorldTribune.com NA
N/A
Special to WorldTribune, August 9, 2021


by Romulus at Grok Trade

[Whether tracking Market Trends or connecting the dots in Corporate Watch, our readers are in control.]

Twenty-five years ago, the founder of Amazon said he wanted to build the world’s largest online store. Now, Jeff Bezos is leaving the company exactly the way he envisioned it all those years ago.

Amazon is the largest online retailer and much more than that. The company is also involved in entertainment, health care and data storage. In the next 12 months Amazon will do over $500 billion in revenue, making it not only the largest online store, but one of the biggest companies in history.

There are only three companies on earth worth more than Amazon: Apple, Microsoft and Google. These firms have been growing at exceptional rates for decades, but there are times when even the best needs a break. This might be one of those times for Amazon.

In the immediate aftermath of Covid these already large technology companies received a new tailwind as business and consumers increased their trends of remote work and shopping from home. Technology stocks across the board exploded off the March Covid lows, putting up a 45% return for 2020. The Big Techs led the way and continued that torrid pace this year. Coming into the most recent earnings report, Amazon stock was up 16% for the year.

Something happened after the report, however. Even though Amazon beat the consensus earnings estimate by 23%, it must not have been enough because the stock was smashed the next day. AMZN fell 8%, which is a big drop for such a large stock.

There are a few Wall Street sayings that have stuck with me over the years. One of them is that during tough times, despite the financial media turning up the negative rhetoric, most companies will not go bankrupt. The American economy is too resilient for that to happen.

Another piece of wisdom is that nothing grows to heaven. No matter how big Amazon has become, there will be a limit on how far they will go. From an investor’s viewpoint, the higher AMZN stock goes, the more expensive it becomes.

By expensive, I am not referring to the dollar cost of the stock itself. I am talking about how much investors must pay for each dollar of earnings Amazon brings in.

This is called the PE ratio, or price of the stock to earnings. The average PE ratio for all stocks today is around 22. That is very high by long-term historical norms, which is an average of 14. Amazon has a PE ratio today of 58, more than four times an already high average level. Investors expect a lot, and Amazon is no longer living up to those expectations.

While Amazon has long-term challenges of slowing growth, the shorter-term outlook is not as gloomy. The stock did get hit after the earnings report, bringing it down below where it was almost a year ago, but it did not fall out of bed. 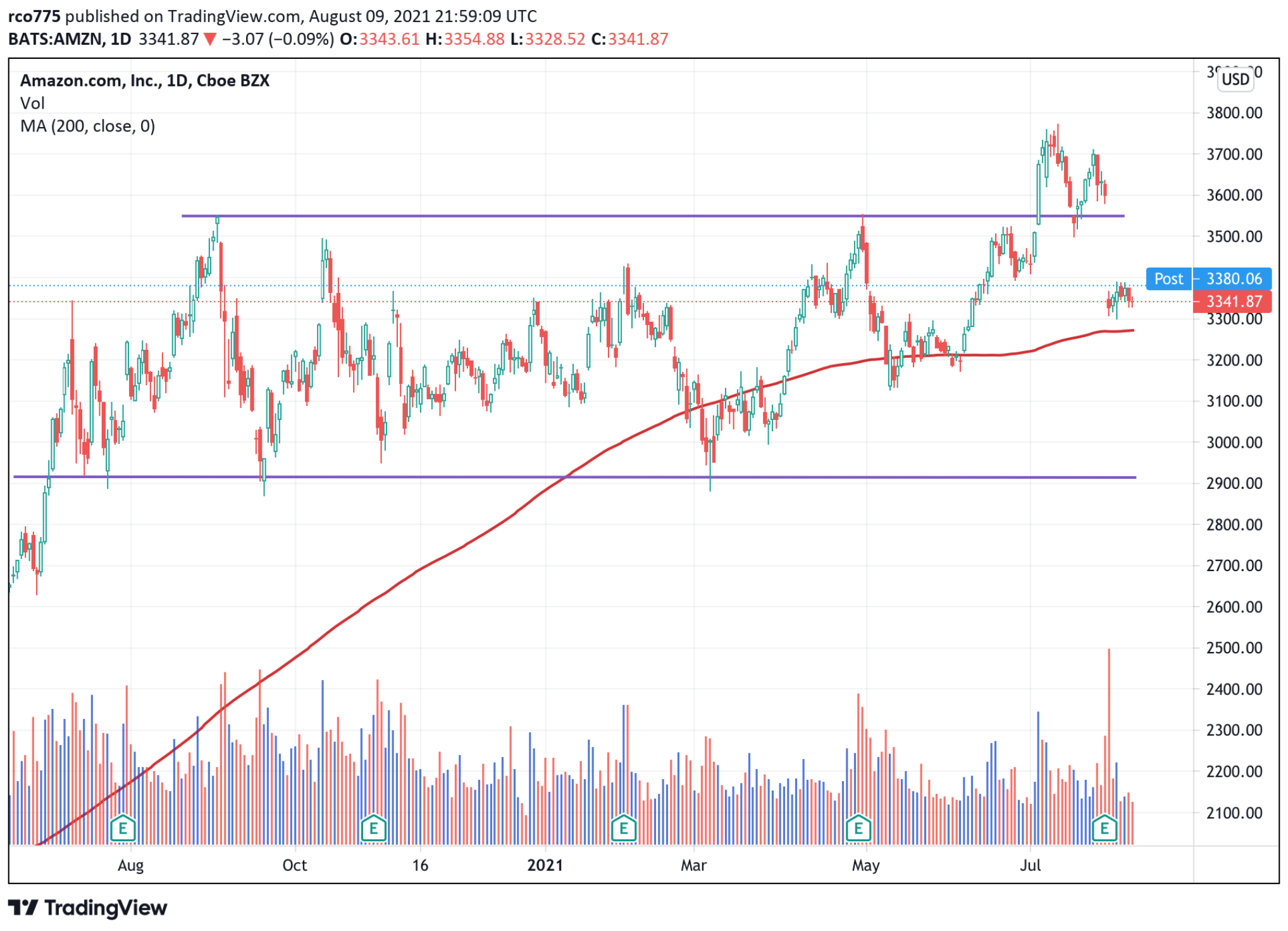 AMZN has been in a trading range, with prices traveling between $3,500 on the high end and $2,900 on the low. It is in the middle of that range now. The 200-day moving average (red) is slightly under current prices and that should act as support should the stock experience an additional fall over coming weeks.

There is also strong support around $2,900 if the selling becomes a little more intense. The odds are high that AMZN stock has not seen the highest point it will hit in 2021. The breakout just before earnings failed, but the stock could have gone much lower.

A good play right now is to wait and see if the stock does fall another 5%, which might be a good entry to see if it can run into the end of the year.

A new high by December would mean a 20% return from $3150. Make a trade like that every five months and you are well on your way.
Remember: Wealth, like Rome, cannot be built in a day. But like Rome, it can be lost in a day.
Watch for future announcements from Romulus about profitable market moves, important indicators, and major market swings.

For trading education or to trade your portfolio with Romulus, contact John Reed at john@groktrade.com or go to http://www.groktrade.com/grow-wealth.

About the author: In his real-life existence, Romulus started on Wall Street in 1994 and traded for a hedge fund for 13 years. For the past 12 months he has been working with investors and traders to actively manage their portfolios by growing wealth, not risk, as a teacher and mentor working with Grok Trade, a stock trading educational company in business since 2007.
Amazon by N/A is licensed under WorldTribune.com NA