Romulus Report: No more FOMO, prepare for the bear 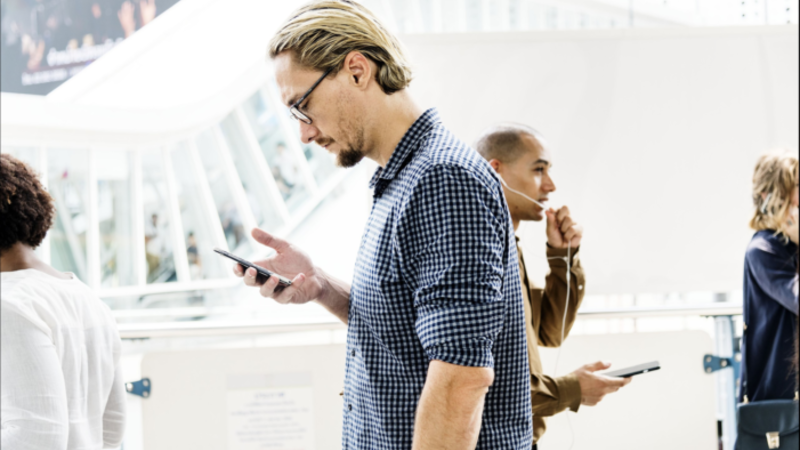 We live in a world of extremes, and most investors internalize this dramatic nature and feel obligated to act accordingly.

With increasing frequency, investors are viewing markets as binary events, either raging bull or menacing bear. This has led to an insatiable desire to be involved in every large move trade on the planet. People feel driven to own whatever is moving up the most or have a bet against whatever is getting smashed.

The leading cause of this problem, and it is definitely a massive problem, is the hyper-connected digital world we live in today. We know everything that is happening anywhere on Earth the second it happens. Events are blasted to every corner from the mainstream and social media with nothing able to escape intense scrutiny. More than 3 billion people are walking around with smartphones in their hands and these people are recording and posting everything they see and hear.

When instant access to all information is added to brokers like Robinhood that allow investors to trade for free with only a few dollars in their accounts, we have a global phenomenon of FOMO to a degree that has never been witnessed before in human history. Fear of missing out has always been a mental challenge for traders going as far back in history as the ancient Babylonians and the sheep and goats they swapped around. It is a mass hysteria today, though, and it is a condition that must be guarded against with every fiber of your being. FOMO can only hurt your long-term trading and investing success.

Another contributing factor to this negative psychosis is the 12.5-year run of generally up trending stocks around the world.

Keep in mind that there are two facets to a bear market; time and price. Prices must experience a significant decline AND that decline must extend over a long period of time.

Although the COVID crash was nasty, it is difficult to define that as a bear market due to the record setting pace of the recovery off those lows. Stocks hit new all-time highs just four months after the bottom was in. The next six months were just as legendary, a period that included the best November equities had ever seen in history. And November is usually a very good month for stocks.

According to my parameters of market stages, the last real bear market was the financial crisis in 2008. 2008 was the second worst year in American stock market history, only eclipsed by 1932.

Now with over a dozen years of pretty good conditions, investors feel entitled to profits in the market. If they are down, they know they only have to wait a few months before returning to the black. This is an extremely dangerous mindset. This evergreen bull market will not last forever. At some point, most likely in 20 months or less, another bear market will begin and it will be a real one. The S&P 500 will drop at least 35% and the selling will go on for several months before a major low is put in. Higher risk assets like small technology companies and most crypto currencies will get totally smashed.

Although that day is coming, we should be grateful that there is a high probability that it is not here yet. Despite growing risks of a short and possible intermediate term correction on the horizon, it is likely that the bull market from March 2020 will remain intact for at least another year.

My Name is Romulus: Let's Roll!

We need to use this time to accomplish two important things.

The first is to cure ourselves of FOMO. The second is to prepare for the next bear market and how to profitably navigate those difficult conditions.

A little perspective and properly grounded expectations offer tremendous help with the twin problems of FOMO and not knowing how to identify, then act in a bear market. Going back to the origin of the Dow Indexes in 1896, the Industrial Average has returned 11% per year with dividends. The professional money manager who posts a 14% annual return for five years straight becomes a multi-millionaire and a Wall Street celebrity.

I know 14% a year does not seem like much to you, but smart money understands how difficult it is to beat the market at all, let alone for five years straight. If you are currently frustrated by your investing and trading results this year, it is because you have an unrealistic set of expectations. The amazing market of 2020 spoiled you. The difficult part for you is that 2021 has been an amazing year as well, with the S&P 500 up 18% in less than nine months. That is way above trend. You need to adjust your expectations.

After returning to the reality of what markets actually do over the long-term, you can begin to detach yourself emotionally from the daily noise.

For a good example of what stock market behavior is really like, below is a chart of the S&P 500, set on a weekly scale, during the years between 2014 and 2016. This was a two-year period that the market went nowhere. A 15% correction was in the mix, just for fun. 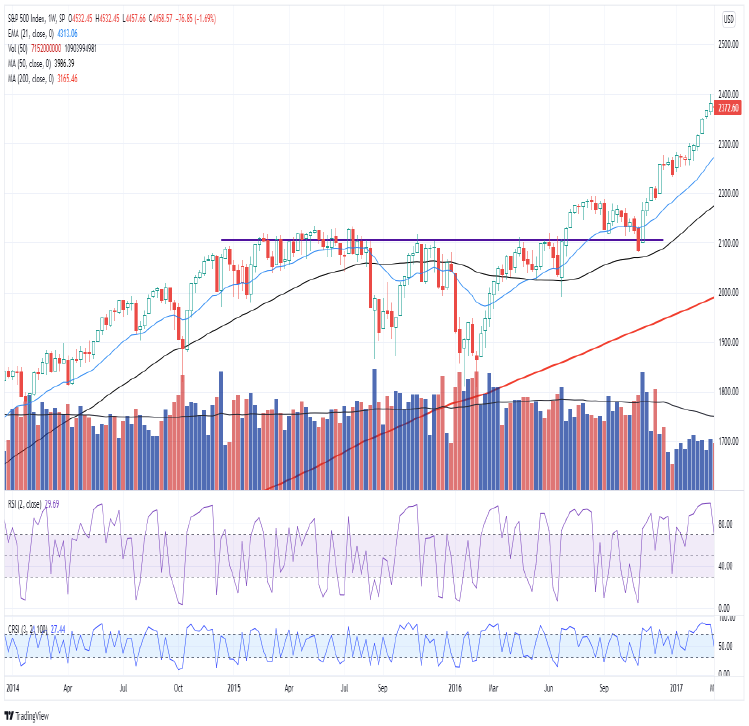 Wealth, like Rome, cannot be built in a day. But like Rome, it can be lost in a day. Watch for future announcements from Romulus about profitable market moves, important indicators, and major market swings. For trading education or to trade with Romulus, contact mentor@groktrade.com or go www.groktrade.com/romulus. About the author:

In his real-life existence, Romulus started on Wall Street in 1994 and traded for a hedge fund for 13 years. Since 1994, he has called every major market top ahead of time and profited from them, including the break of the Dot-com bubble in 2000, the market crashes of 2008 and 2009, and the Covid crash of 2020. For the past 12 months he has been working with investors and traders to actively manage their portfolios by growing wealth, not risk, as a teacher and mentor working with Grok Trade, a stock trading educational company in business since 2007.
N/A by N/A is licensed under N/A N/A