Romulus Report: Pointing the way to the Bear

techan by N/A is licensed under LendingMemo.com N/A
N/A
Special to WorldTribune, April 25, 2022


Technical analysis is the study of financial markets using price and volume information. To simplify, we look at the past in order to understand the future.

The market is always changing what it is fascinated or concerned about. It was inflation in the late 1970’s, tax cuts in the 80’s, dot-com dreams in the 90’s, mortgage problems in the 00’s, technology growth in the teens and here we are back to inflation. Interest rates have exploded over the last six months and that is now putting a lot of pressure on the technology stocks.

As big money continues to rotate out of growth and into safer areas such as utility and energy groups, it is probably a good time to go back and see what happened the last time a rotation like this took place.

I do not believe the covid crash two years ago was a bear market. My standard to qualify for a bear market incorporates price and time. Covid crash lasted only a month, and the major indexes hit new all-time highs within a few months.

The last bear market was the financial crisis that ended in March of 2009. It has been that long. A new bear seems to be upon us, however, and there are echos of the market top in October of 2007 sounding through the canyons of Wall Street today. 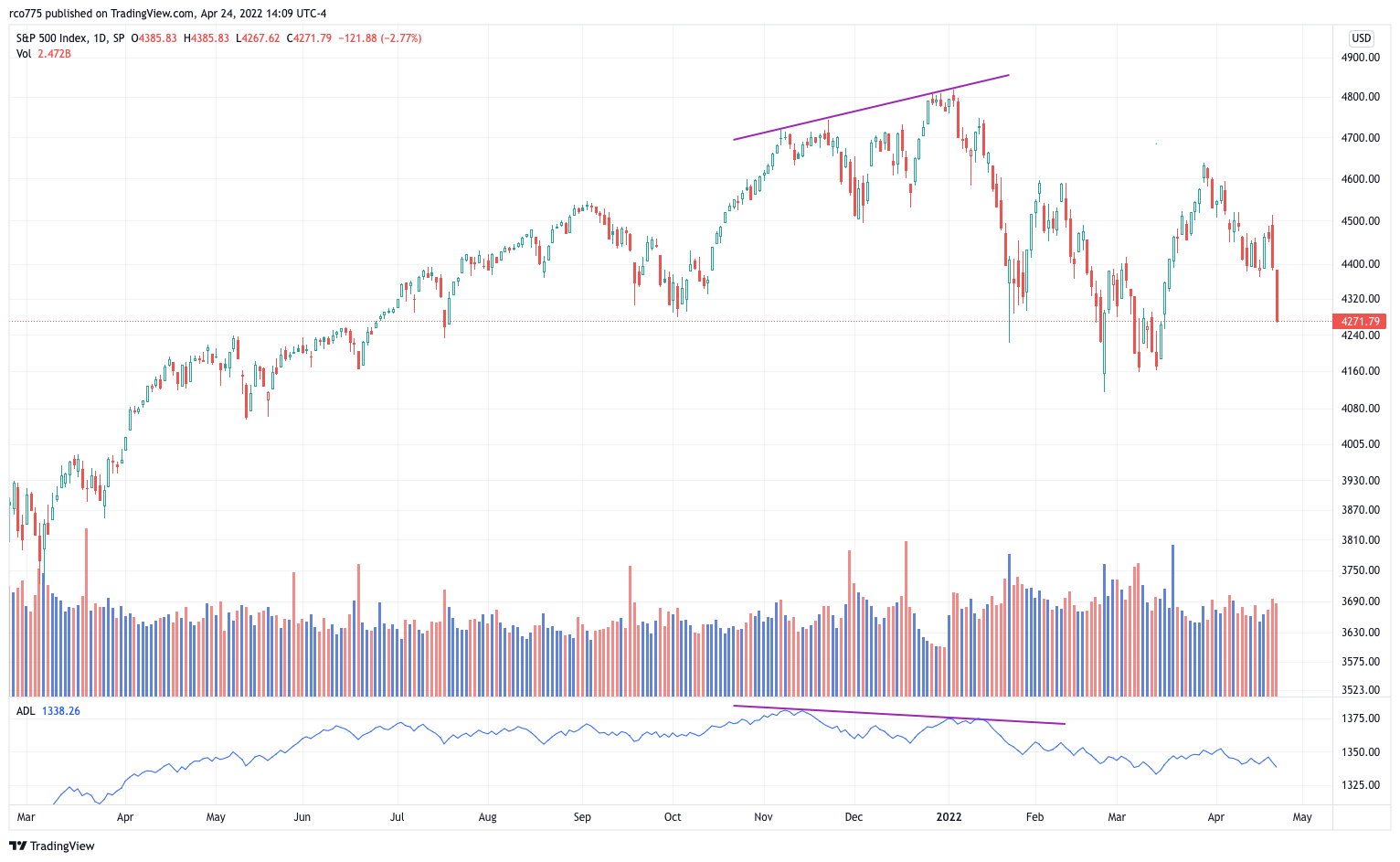 Just like today, in 2007 the big money players were moving into the traditional safety sectors like utilities, energy, consumer staples and health care. In the past few weeks, a lot of retail traders around the world were crowding into these trades, believing they will bring them back to the returns they were seeing two years ago. What they may not realize, though, is that the party abruptly ended for those safety moves back then, and this will happen again, as well.


The utility sector was the first to leave, as it maintained its rally for another seven weeks after the rest of the market peaked. Health care was next, moving up until January, before joining the growing bear field. Energy stocks kept pushing higher through May, before starting a wicked 60% smash that lasted almost 10 months. Consumer staples was the last to go, holding it together until September of 2008. But even the food stocks eventually succumbed to the selling, dropping 33% in six months.

Short term trades aside, the lesson here is that there isn’t anywhere to hide in a bear market.