Romulus Report: The peril of heeding the Sirens' call 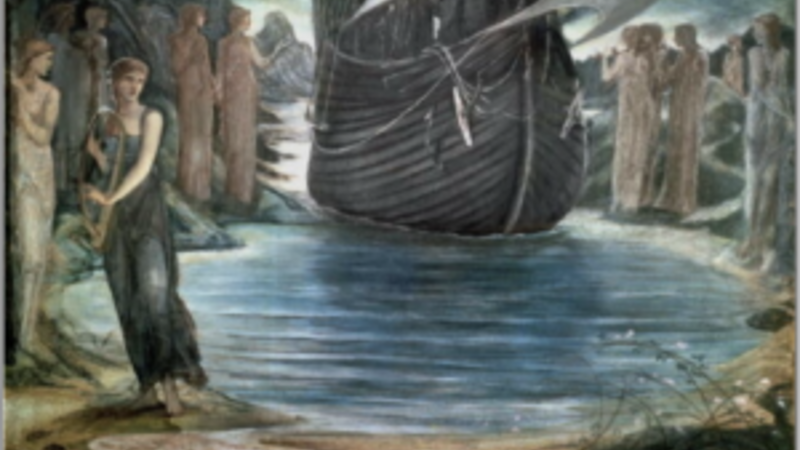 
As Jason and his Argonauts returned home with their prized golden fleece, they encountered a deadly challenge.

The Sirens that almost destroyed Odysseus and his crew centuries earlier remained on their rocky islands, singing to lonely sailors and luring them to their deaths. Jason was warned, however, and everyone survived.

As his ship the Argos was passing by the islands of the Sirens, the musician Orpheus began playing his beautiful lyre louder than the Sirens could sing. The lyre drowned out the tempting sounds from the tricky Sirens, and the ship sailed past the danger.

We have our own Sirens today, don’t we? Financial media, 24/7 information mainlined into our brains.

The market lurches one way, we hear the song and feel the temptation to steer in its direction. Days later the market starts going the opposite direction. After doing this for days, weeks, or even years, many are washed up on so many rocks that they can’t take it anymore.

The market made its best impression of the Sirens after the middle of June, luring unsuspecting traders and investors into the mouth of the bear.

The mini meme scene that showcased garbage stocks like BBBY and AMC was in actuality the fevered pitch of the Sirens. The unwary from all the Reddit channels threw caution to the sea and washed up on the rocks.

That stock market rally song from the middle of June had some rhythm and a decent beat, but it lacked that solid foundation that can make a song stick around. An overbought situation two weeks ago left everything vulnerable to an event driven selloff. That event turned out to be Powell’s speech on Friday at Jackson Hole. He is not interested in becoming a dove, at least not yet.

Wise investing involves tools that block out the tempting noise and keeps our ship on the right tack. In this case, it was simply by observing the evidence and waiting that readers of this column stayed wide of the shoals.


However, I know there is one more trick the stock market magician can pull out of his hat before this year ends. It is not a trick the audience will enjoy.

With the strong selling that erupted on August 26th, and again on September 2, it is possible that the market will experience more of the current correction in the coming weeks.

This is a chart of the Nasdaq Index as it shows a mini head and shoulders pattern. It is mini because it was only in formation for a few weeks. Normally, such patterns need at least six weeks to properly develop. If it holds, though, it measures down to 11,520, which is more than four percent away from current levels. 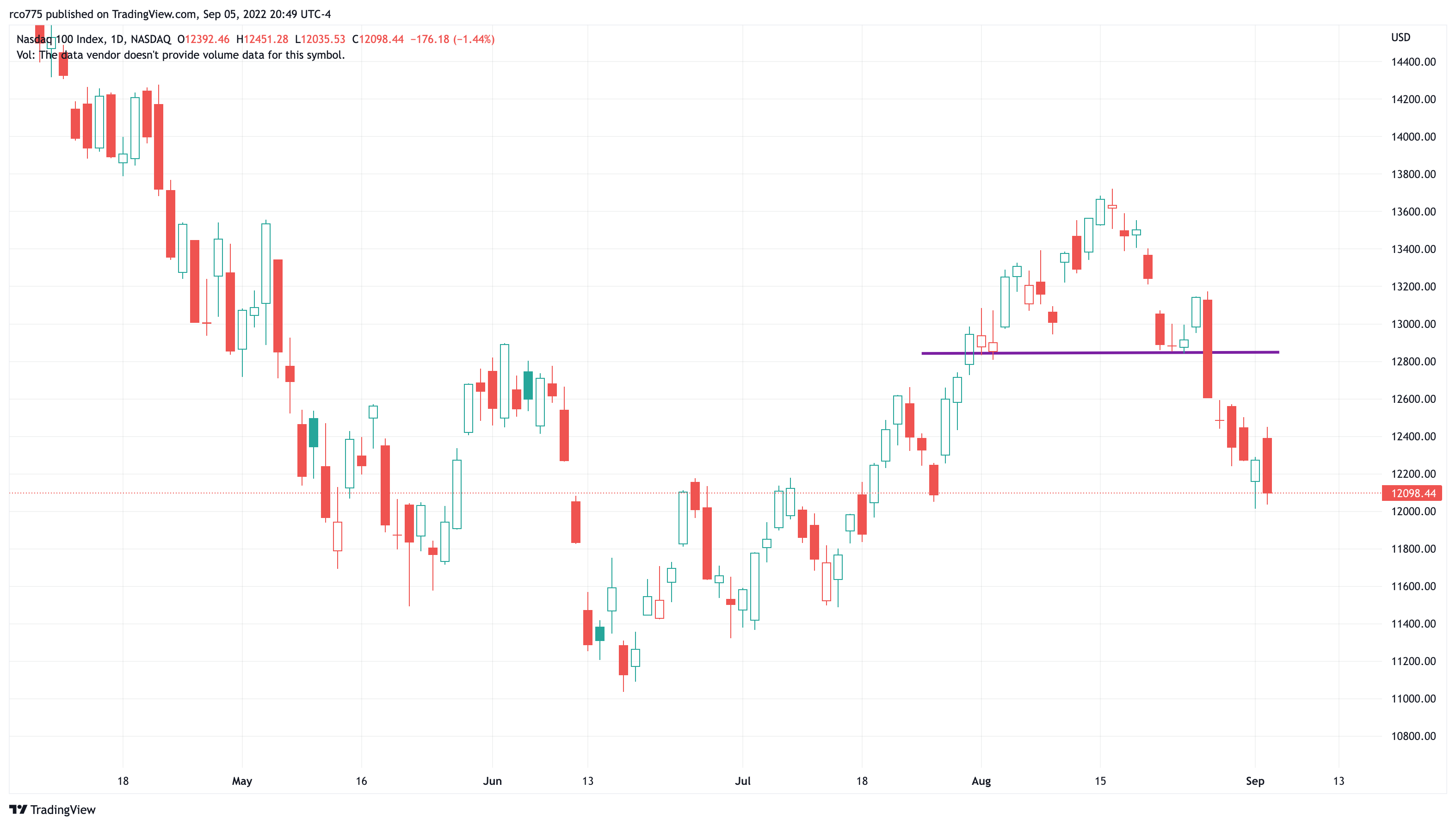 There are a lot of patterns that look like this or that resemble an inverse cup and handle.

At the very least it means stay tied to the mast and keep the ship on track.

siren by N/A is licensed under Wikimedia Commons N/A