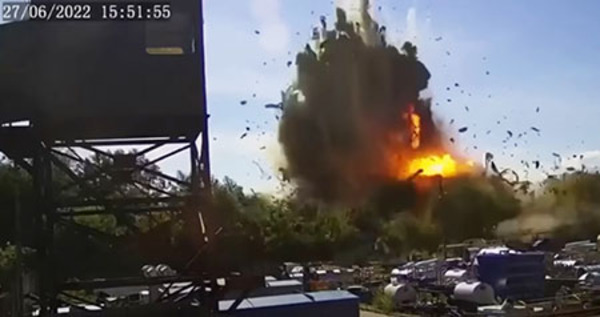 The entire eastern region of Ukraine effectively came under Russian control over the weekend, according to Russia's Defense Ministry.

A Ukrainian official confirmed that their troops were withdrawing from Lysychansk to avoid being surrounded, the Wall Street Journal reported.

Russia's victory "demonstrates how the tide of the war has shifted since March," the Journal noted.

Russia has changed its strategy to focus on taking the eastern Donbas area, which comprises Luhansk and neighboring Donetsk.

Russian defense officials said the total area captured in recent days was 182 square kilometers, around 70 square miles. Russia would likely next push toward Siversk, Slovyansk and Bakhmut in the Donetsk region, according to the Institute for the Study of War.

Konashenkov also said that Russian air-defense systems destroyed three Tochka-U ballistic missiles with cluster warheads that he said were launched at residential areas of Belgorod. Wreckage of one of the missiles fell on a residential building in the city, he said.

Also on Sunday, Alexei Selivanov, deputy head of the Main Directorate of the Ministry of Internal Affairs for the Russian-controlled parts of southeastern Ukraine’s Zaporizhzhia region, reported a nighttime strike on the city of Melitopol.

Selivanov claimed that the attack was carried out with long-range multiple-launch rocket systems supplied to Ukraine by the North Atlantic Treaty Organization.

“This is evidenced by the nature of the shelling,” he wrote on Telegram. “The use of foreign weapons in civilian cities makes the U.S. and NATO accomplices in a terrorist war.”

Ukrainian officials didn’t directly comment on the strike Sunday morning, though President Volodymyr Zelensky said that Ukrainian forces “continue to put pressure in the south of our country.”

Russia's Defense Ministry also said on Sunday it had struck military infrastructure of Kharkiv, Ukraine's second largest city in the northeast, where a Reuters reporter said Ukrainian forces had been building fortifications after nightly shelling.

russukr73 by N/A is licensed under Video Image N/A