When Texas Republican Sen. Ted Cruz began filming what he said are the horrendous conditions migrants are subjected to by Team Biden, a Biden operative jumped in to block the senator’s camera.

Cruz tweeted on Sunday: "How far is Joe Biden going to stop the American people from seeing inside the Donna CBP facility? Biden sent a political operative from DC to block our cameras and even threatened another senator to obstruct legitimate congressional oversight."

Indiana Sen. Mike Braun, told the Washington Examiner that a Biden aide asked that the senator delete photos he took at the Team Biden facility.

Braun said he found that children as young as 3-years-old are being jammed into the facilities. A video Braun took showed dozens of migrants being held under a bridge.

Braun didn't delete his photos. Here's one of them: 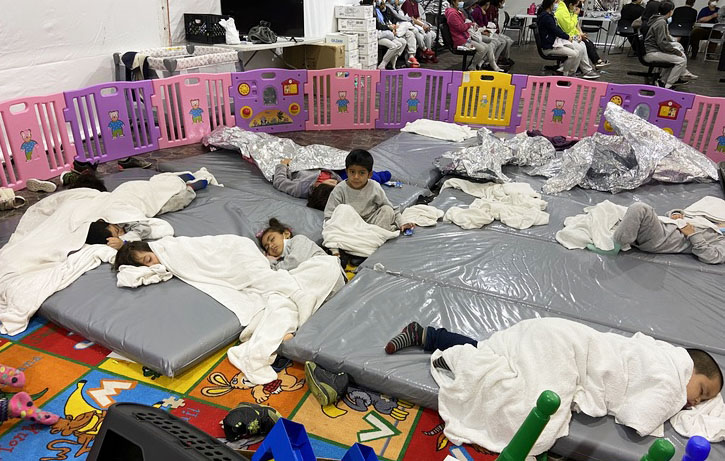 Braun and senators who made the trip to the border said the crisis is Joe Biden’s fault. The senators said that by messaging he would end former President Donald Trump's policies, end the construction of the wall, and stop demanding that Mexico hold migrants until cleared to enter, Biden was signaling that the border was essentially open.

During an interview with Maria Bartiromo on Fox News's Sunday Morning Futures, Cruz released the video Team Biden tried to stop him from filming.