pennmap by N/A is licensed under Internet N/A
by WorldTribune Staff, August 9, 2021

An analyst's detailed report on the 2020 presidential election in Pennsylvania contends that President Donald Trump won the Keystone State by more than 400,000 votes.

Seth Keshel, a former Army intelligence captain, revealed in his Aug. 8 voting analysis report that Pennsylvania was "even worse than I thought. PA was a slam dunk for Trump, with a 244k -12k (21 to 1 ratio) of net new registration in 4 years. Previously predicted Trump flip in 2016."

Fraud in Pennsylvania in 2020 was "horrific," Keshel said. "Only 3 counties I see as relatively clean, with 27 classified with major fraud. 60 of 67 counties should have demonstrated GOP improvement per registration trends, but only 20 trended more GOP. Erie and Northampton were flipped, and should have been slam dunks for Trump."

Trump had crushed Barack Obama's 2008 total "in a shrinking state, only to be passed on strength of what I assess to be 504k excess votes," Keshel said.

The Trump victory margin, "if accurate, should have been 52.0 percent to 46.1 percent (5.9 percent), or 424k votes. A bludgeoning in keeping with registration trend," Keshel said.

"This is only useful if you guys do something locally with it, demand action, and pressure the living hell out of the PA RINO coalition to have these explained. Every word in this document is understandable and we have the rolls for when they ask," Keshel added. 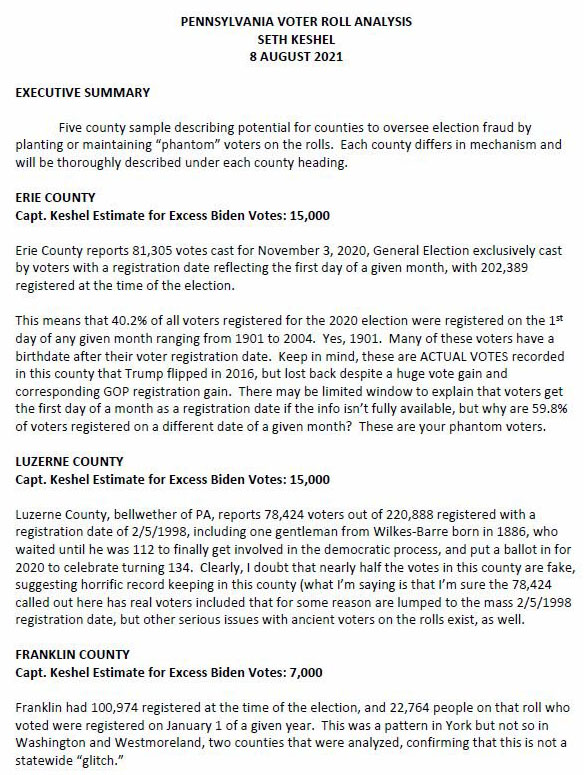 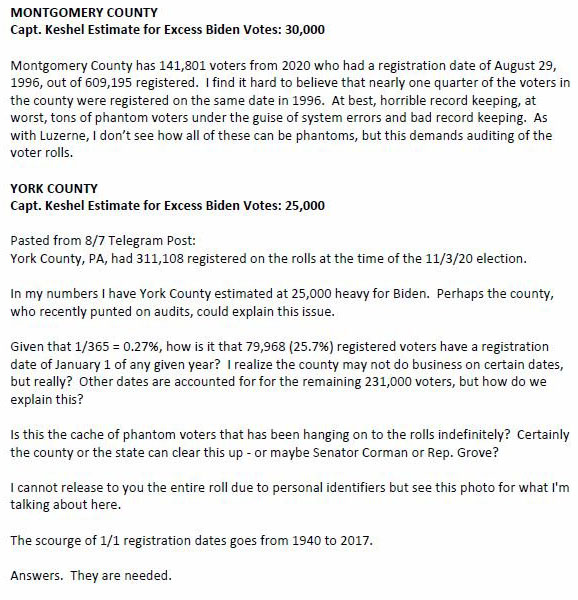