Politicians and the media who have "vilified and undermined" law enforcement and backed soft-on-crime prosecutors and their policies have the "audacity" to blame Smith & Wesson and other firearm manufacturers "for the crime wave that has predictably resulted from these destructive policies," Smith & Wesson president & CEO Mark Smith said in a statement posted to Twitter on Aug. 15.

"But rather than confront the failure of their policies, certain politicians have sought more laws restricting the 2nd Amendment rights of law-abiding citizens, while simultaneously continuing to undermine our institutions of law and order."

CEOs from several major gun manufacturers appeared before the House Oversight Committee last month to discuss whether they bear any responsibility for U.S. mass shootings.

Prior to the hearing, the committee chair, New York Democrat Rep. Carolyn Maloney, had sent a letter to the CEOs, requesting that their companies submit revenue and profit data from sales of weapons that are similar to AR-15 semiautomatic rifles, in addition to how much money they spend per year on lobbying and NRA contributions. 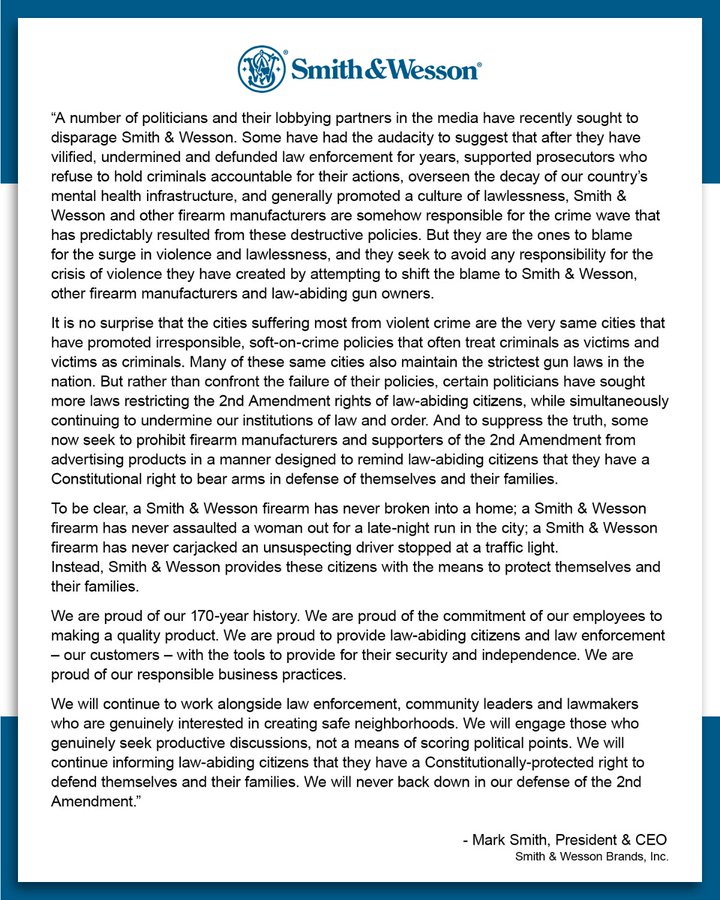 smthwesn2 by N/A is licensed under Screen Grab N/A