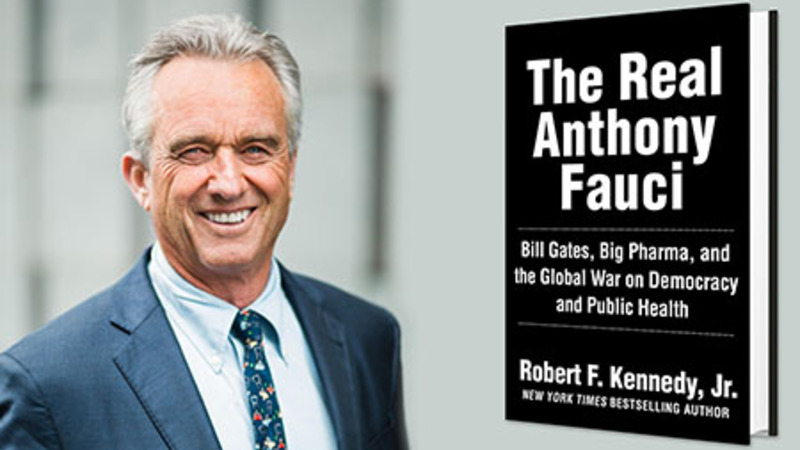 The crux is something called “capture,” Kennedy explained in a recent interview with Fox News’ Tucker Carlson. Capture occurs when a regulating agency vested with the public trust based on its objective and unbiased regulation of an industry is taken over by the very interests it is supposed to be regulating.

“I have been working as an environmental lawyer for 40 years," Kennedy said. "So, I understand all of these mechanisms of corporate capture by which the regulated industries assert control over the agencies that are supposed to regulate them, and essentially turn them into sock puppets.”

When he began working on vaccine safety issues in 2005, a concern that has come to the forefront in 2021, Kennedy said he was forcefully confronted by the problem.

“The kind of regulatory capture you see in [the vaccine] space is really capture on steroids,” Kennedy asserted, “because these agencies, the FDA gets 45% of its budget from vaccine companies — from pharmaceutical companies. It’s as if the EPA [Environmental Protection Agency] got half its budget from the coal companies.”

The results are an ongoing series of violations of the public interest and often of the law itself.

“Probably 20 percent of the lawsuits of the hundreds of lawsuits I brought as an environmental lawyer were against the EPA for sweetheart arrangements, for giving permits to oil companies, etc... that were illegal,” Kennedy recounted. “And you can imagine how much worse that capture would be if half the EPA’s budget came from oil and coal. That’s what you are dealing with in the pharmaceutical space.”

“Not only that, the CDC, which is another of the HHS  [Department of Health and Human Services] subagencies, spends $4.9 of its annual $12 billion budget buying and distributing vaccines. So, it’s really a vaccine company. It’s not a regulatory agency,” he continued. “That’s about 40 percent of its budget.”

“The CDC has vaccine patents. So, the vaccines that it’s pushing — it has 57 patents — it is making royalties on. The NIH has thousands of patents, many of them for vaccines. For example, Tony Fauci’s agency owns half the Moderna patent and stands to make billions and billions of dollars on sales of the Moderna vaccine.”

Regarding Fauci personally, Kennedy laid out stunning conflicts of interest and possible corruption:

“Four of Fauci’s top aids also have patent rights to Moderna. So, Tony Fauci can assign patent rights to his favored loyalists within the agency and they then get to keep $150,000 a year for the rest of their lives on a product they are supposed to be regulating. Tony Fauci owns patents on drugs he has developed. So the regulatory function has been essentially subsumed by the commercial and mercantile aspects of vaccine production, and vaccine manufacturing and vaccine uptake.”

Kennedy says that even an individual’s professional advancement within the regulatory agencies is beholden to their new and unauthorized commercial role. “Within HHS, the way that you get promotions and raises and salary bonuses, etc., is by contributing to the crusade for vaccine uptake. You do not get promoted for finding problems with vaccines, and that’s actually what we as a taxpayer are paying these regulators to do. But they are not doing it.”

Kennedy explains more in his new book, "The Real Anthony Fauci" (2021). Asked why he is taking the professional and personal risks surrounding speaking out, Kennedy answered:

“What’s happened in this country over the last year with this bizarre imposition of totalitarian controls, the deconstruction of the Constitution, the rise of censorship, the suppression of religious freedoms, closing a million businesses without just compensation or due process, the abolition of jury trials which are guaranteed by the Sixth and Seventh Amendments for any vaccine company that hurts you, and the rise of the track and trace surveillance state, has been troubling to people both Democrats and Republicans, both people who support vaccines and who oppose them, are looking at this and wondering what’s happened. I felt I was in a unique position to interpret and explain to people what had happened.”

That thing, he explains, is capture.

realfauc by N/A is licensed under Screen Grab N/A