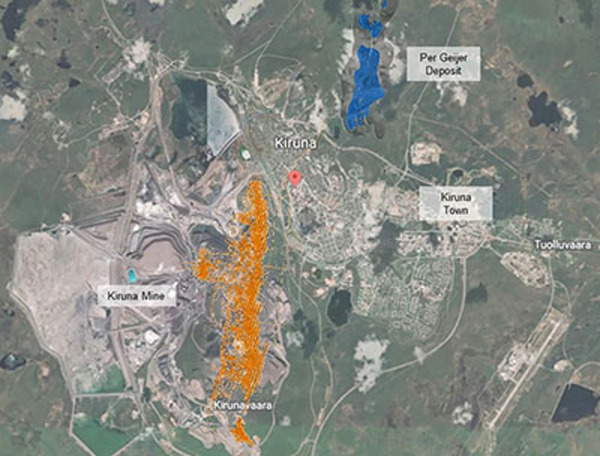 rareswed by N/A is licensed under LKAB N/A
Europe's largest rare earth minerals deposit ever has been found in Sweden.
by WorldTribune Staff, January 15, 2023

The state-owned mining company of Sweden has reported discovering what is believed to be the largest deposit of rare earth minerals in Europe.

The LKAB mining company said on Jan. 12 that it has identified more than 1 million tonnes of rare earth minerals in Sweden’s northern area of Kiruna.

LKAB CEO Jan Mostrom said the deposit, found next to its iron ore mine, is “quite significant.” It is known as the Per Geijer deposit.

“One thing is that we can identify quite large deposits of this material here inside the European Union, and these materials will be vital for electrification,” Mostrom said.

The million-plus-tonne find is the biggest in European history. To put the find in perspective, the world's largest known rare earths deposit is the Bayan Obo deposit in Inner Mongolia, northern China. It's been in production since 1957 and contains some 40 million tonnes of reserves.

Rare earth minerals, which are vital to making most high-tech goods such as mobile phones and electric vehicles, are not currently mined in Europe.

Most of the minerals come from China.

When asked if the discovery in Sweden has the potential to replace China as the lead supplier of rare earth metals to Europe, Mostrom said these were “early stages.”

“Given the volumes we have today, it could bring in the significant volume of material needed in Europe – not nearly to be self-sufficient but it is an important first step,” he said.

LKAB said it would be at least 10 to 15 years before it could begin mining the rare earth deposit and shipping to markets.

The approval for new mines in Sweden is a lengthy process in which the risk to water resources and biodiversity is considered.