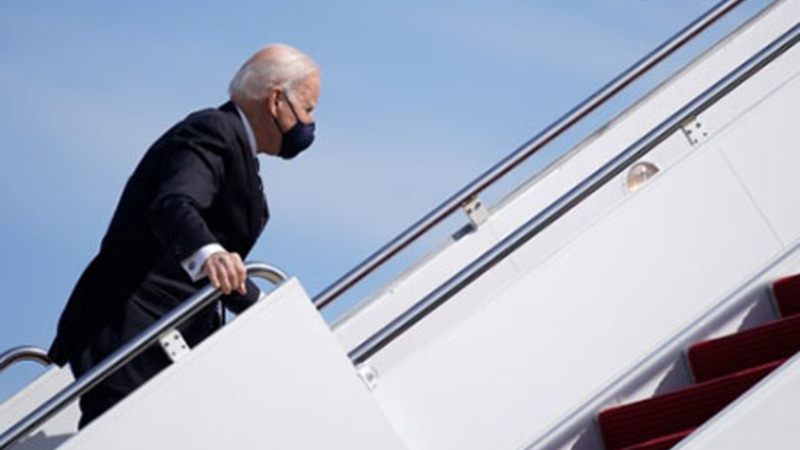 While some may argue that his cognitive ability is on a permanent vacation, Joe Biden has literally been on vacation one-quarter of the time since being installed in the White House.

"That equates to a quarter of the Biden regime’s first year in office ... being spent doing anything other than being president during one of the most crisis-ridden times in modern human history," National Pulse's Kay Smythe noted.

Meanwhile, as Joe shuffles on the beach and gorges on ice cream, it seems staffers are keen to take a permanent vacation from Kamala Harris. A third Harris aide "is heading for the exit amid claims of dysfunction," The Daily Wire reported.

So who is running the country? Most reliable D.C. insiders agree that it is the brain trust, if one could call it that, of former President Barack Obama who unlike most former presidents has taken up residence in our nation's capital.

By October, the 79-year-old Biden had gone back to Delaware at least 25 times. The basement in his Delaware home served him well during the 2020 campaign, so why not?

"Only on one vacation did he take time away from relaxing to do his job, when he visited Dover Air Force Base for the homecoming of the 11 service members killed in a suicide bomb attack in Kabul, Afghanistan," Smythe noted. "The service members were murdered in the terror attack during Biden’s failed exit from Afghanistan and Biden was mostly noted for repeatedly checking his watch that day, for when he could leave."

Smythe added: "Every time Biden decides to go to Delaware, the Department of Natural Resources and Environmental Control are forced to shut off the immediate area. Local law enforcement attempt to keep the shutdowns as brief as possible, as they inconvenience local residents, but have no real control over how much the Bidens consistently inconvenience their neighbors in Delaware with their consistent vacations."

Most recently, Biden returned to Washington, D.C. during a snow storm, "meaning no one else was working, and his appearance in the nation’s capital was precisely just that: an appearance," Smythe wrote.

As for Harris, her deputy director of public engagement and intergovernmental affairs, Vincent Evans, quit to take on a new job on Capitol Hill with the Congressional Black Caucus, CNBC reported.

Evans is the latest top staffer to leave amid reports that Harris is a “bully” who levels “soul-destroying criticism” in a highly dysfunctional office, The Daily Wire reported. Last month, her spokeswoman, Symone Sanders, and her communications director Ashley Etienne, left Harris’s office.

vacay by N/A is licensed under Video Image N/A