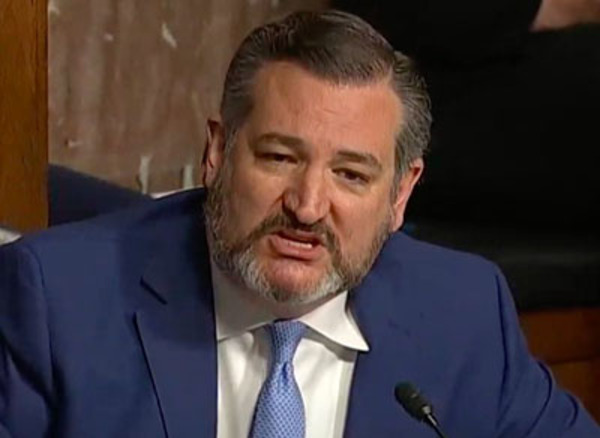 You would expect the likes of RINOs such as Reps. Liz Cheney and Adam Kinzinger to parrot the Jan. 6 talking points of the Democrat Party and its Big Media minions.

“We are approaching a solemn anniversary this week,” Cruz said in a Senate Rules Committee hearing on Jan. 5. “And it is an anniversary of a violent terrorist attack on the Capitol, where we saw the men and women of law enforcement demonstrate incredible courage, incredible bravery, risk their lives for the Capitol.”

Fox News host Tucker Carlson noted: “What are they [the GOP] busy doing? Repeating the talking points that [Attorney General] Merrick Garland wrote for them.”

Carlson noted that “everyone who’s conservative appreciates Ted Cruz. You may not like him. But you’ve gotta appreciate him. He’s legitimately smart. He’s one of the more articulate people to serve in Congress, maybe the most articulate.”

Carlson added that Cruz is a shrewd lawyer who “doesn’t use a single word by accident.”

Carlson concluded: “What the hell’s going on here? You’re making us think, maybe the Republican Party is as worthless as we suspected it was. That can’t be true. Reassure us, please, Ted Cruz.”

Garland, in a speech delivered ahead of the one-year anniversary of 1/6, said the Justice Department "remains committed to holding all January 6th perpetrators at any level accountable under law, whether they were present that day or were otherwise criminally responsible for the assault on our democracy. We will follow the facts wherever they lead.”

“I understand that this may not be the answer some are looking for,” Garland said. “We understand that there are questions about how long the investigation will take and about what exactly we are doing. Our answer is and will continue to be the same answer we would give to — with respect to any ongoing investigation, as long as it takes, and whatever it takes for justice to be done, consistent with the facts and the law.”

tedcrz by N/A is licensed under Public Domain C-SPAN