The numbers are in: Trump's tax cuts created revenues bonanza like under Reagan, JFK 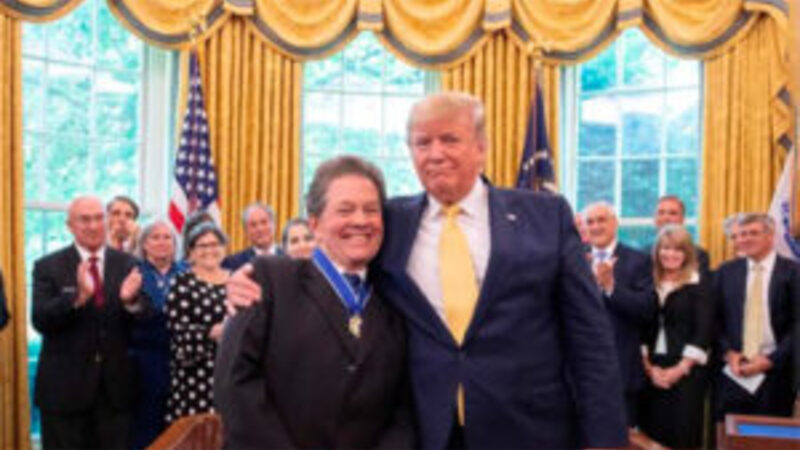 How many times have you heard President Joe Biden or Sens. Elizabeth Warren (D-MA) and Bernie Sanders (I-VT) berate the Trump tax cuts as "a giveaway to the rich"?

We now have incontrovertible evidence that after five years since they took effect, the Trump tax rate cuts of 2017 raised revenues over this time period. For full disclosure, I should note that I worked with fellow economists Larry Kudlow, Arthur Laffer and Kevin Hassett together on that plan, which went into effect on Jan. 1, 2018.

The latest Congressional Budget Office report released earlier this month calculated that the federal government collected $4.9 trillion of federal revenue last year. This was up — ready for this? — almost $1.5 trillion since 2017, the year before the tax cuts became law.

In other words, revenues were up 40% in five years. The evidence through the first three years of the tax cut finds that the share of taxes paid by the wealthiest 1% rose as well. So much for this being a tax giveaway for the rich.

I compared these numbers with the estimates of what the Trump tax cuts were expected to "cost." Instead of an expected $1 trillion revenue "loss," the tax receipts over this period were almost precisely what they would have been if we didn't cut taxes at all. And remember, that estimate in 2017 never anticipated the two-year hit to the economy from COVID-19 lockdowns — which depleted the Treasury.

In other words, there was a giant Laffer Curve effect from Trump's tax cut. We got higher growth and higher tax payments with lower tax rates.

None of this seems to matter to the White House or congressional Democrats. They want to monomaniacally repeal a tax cut that worked. This would be like firing a coach who wins every game.

One of the most important and successful features of the Trump tax plan was reducing the tax rate on American businesses from 35% — the highest in the world — to 25% while closing special interest loopholes. This brought businesses and jobs back to these shores and helped fuel the Trump economic boom.

An obvious question is, why are we running a $1.4 trillion deficit if we have an all-time high in tax payments?

Because under Biden, federal spending has exploded to more than $6 trillion. Washington doesn't have a revenue problem. It has a problem of runaway spending. It's almost as if Congress is pleading for help: Stop us before we spend again.

Stephen Moore is a co-founder of the Committee to Unleash Prosperity and an economist with FreedomWorks. He is the co-author of "Trumponomics: Inside the America First Plan to Revive the American Economy." He served as a senior economic adviser to the Trump campaign.
laffer by N/A is licensed under Video Image N/A