The strange case of the Biden family Christmas stockings 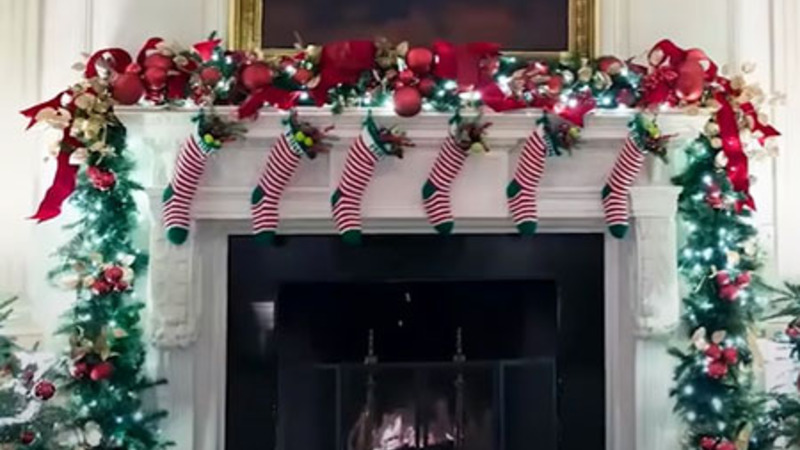 stockings by N/A is licensed under YouTube N/A
The Bidens' grandkids' stockings before they were removed.
Analysis by WorldTribune Staff, December 6, 2021

Jill Biden, also known in leftist media circles as "doctor" Jill Biden, recently unveiled the White House Christmas decorations. The decor for what the Bidens called the "Gift of Family" theme included Christmas stockings for six of the Biden grandchildren.

Missing however was a stocking for Navy Jones Roberts, age 3 as online observers quickly pointed out. She is the Bidens' out-of-wedlock grandchild fathered by documented (by his laptop) crackhead Hunter Biden to former stripper Lunden Alexis Roberts.

The response by unknown persons at the White House was to promptly remove all six stockings from the State Dining room on Friday before Joe Biden, with the fireplace in the background, was stumbling through a speech on the economy that his team is wrecking, according to official U.S. data.

Hunter Biden had previously denied being the father of the girl, claiming he had “no recollection” of meeting Roberts. A DNA test established Hunter as the father in 2019 and Roberts filed suit for paternity and child support.

As for the "Gift of Family" theme the Bidens claim is important to them, dad Hunter and grandpop Joe have never seen Navy Jones Roberts, the Arkansas Democrat-Gazette reported earlier this year.

As for Jill Biden being a doctor, Fox News host Tucker Carlson summed that one up earlier this year as well: