The U.S. military is being hollowed out by the vaccine mandate; Why? 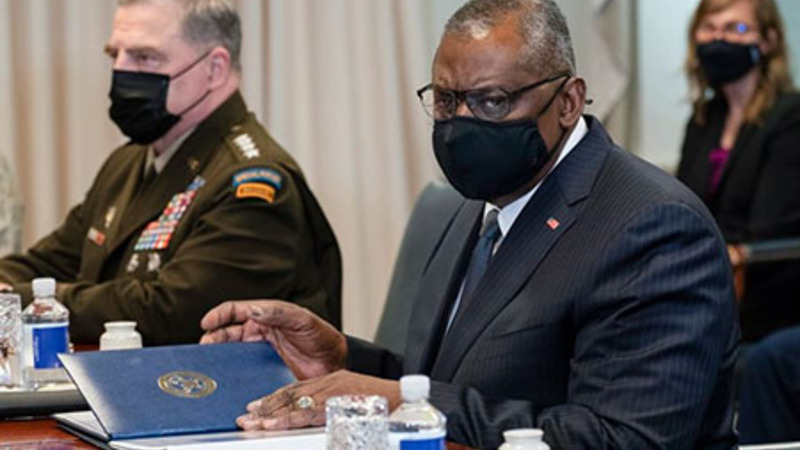 In the early days of the COVID-19 Pandemic, some speculated it was designed as a weapon of biological warfare by the People’s Republic of China against the United States.

If that had been the case, it was a miserable failure since COVID-19 seems relatively unlikely to severely impact healthy, military-age men and women. Ironically, misguided Biden administration defense policies seem hell-bent on accomplishing what a biological attack would set out to do: decimate our armed forces.

Let’s be clear what we mean by decimate. Historically, to decimate meant to kill one out of every ten from a military force. Its origins date back to the Roman legions in which decimation was a punishment to enforce discipline in a unit, especially if multiple members of that unit had displayed cowardice. Literally, every tenth man would be executed, sending a vivid and brutal signal to the surviving members of the unit that transgressions would not be tolerated.

Right now, the Biden Pentagon, led by Secretary of Defense Lloyd Austin and Gen. Mark Milley, at the behest of Dr. Anthony Fauci, are in the process of carrying out a different form of decimation in the U.S. military.

Nobody is being executed, of course, but this triumvirate is setting the stage for the U.S. military to lose thousands of its most experienced combat warriors because those warriors have real doubts about the suitability of the COVID-19 vaccinations that have been mandated for the entire force.

A recently retired special operator expressed to me his feelings on what he has seen happen as a result of the Biden Pentagon's vaccine mandate:


The fact that the Department of Defense is denying every single religious accommodation request, with some services like the Marine Corps using what is essentially a template rejection letter demonstrates that our leaders do not care about our strongly-held religious beliefs and convictions of conscience on this matter. This amounts to a purge of service members who are devout in their faith and who are critical thinkers. Many of these men and women also happen to be critical operators in low density/high demand career fields, such as aviators, aircrew members and special operations personnel.

I bring up these numbers because our president has a history of misrepresenting the actual figures when it comes to our military and COVID-19.

Any death is tragic and we should go to great lengths to save the lives of everyone in uniform, but the military has a different mission from the rest of America. Back at the height of the pandemic, as government was mandating lockdowns, different people were classified as “essential” and “non-essential.” For instance, in some places casinos and liquor stores remained open, so their employees were considered “essential.” Churches, on the other hand, were prohibited from holding in-person services, the 1st Amendment be damned, so priests, pastors and rabbis were “non-essential.”

Completely outside this arbitrary and capricious classification system, the U.S. military always has to be considered “essential” because its personnel have to be prepared for war. Because of that, it’s just not an option for the entire 1st Marine Division to stay home during a pandemic, as an example.

The military took precautions to protect its members, but the main thing that protected soldiers, sailors, airmen and Marines was simply the nature of the virus itself: COVID-19 just has not proven to be particularly dangerous to the vast majority of younger, healthy people who have no underlying health conditions (referred to as co-morbidities). Young and healthy describes almost all our military personnel. According to the CDC’s own numbers 81% of COVID deaths occur in people over the age of 65. There aren’t many folks in the military over age 65.

These conditions are unlikely to appear in military personnel, are usually disqualifying for entering the service, and can require separation from the service for anyone who develops any of the medical conditions on the list after entering the military. Is it any wonder then that only 2 active-duty U.S. Marines and zero Marine Reservists have died of COVID since the pandemic began? As a total branch of the service, Marines are held to the highest standards for physical qualifications and pride themselves for their fitness and toughness.

Given that, why are all Marines being required to get a vaccination to protect them against a disease that is highly unlikely to severely impact them? Especially given the fact that the vaccines have not yet been fully evaluated.

I am not arguing against vaccines in general; I am vaccinated. But to mandate vaccines for a group that is so obviously NOT at high risk is unwarranted and, frankly, suspicious in some ways.

It is the Biden Pentagon’s intention to literally kick members who refuse the vaccine out of the service. The DoD has seemingly rejected all religious or medical exemption requests thus far, regardless of circumstances and even ignoring previous COVID-19 infection, which has been shown to provide greater immunity. In some cases, members of the military face a court martial, and even those allowed to retire could be denied retirement benefits they earned over decades-long careers. Austin has even intimated that some members of the military could be required to reimburse the military for the cost of their training.

Thousands or even tens of thousands of Marines, as well as soldiers, sailors and airmen from the special operations community, and many in the aviation fields are risking their careers rather than submit to the vaccines. Part of the reason for that may be evidence that a possible side effect from the vaccine ought to ground anyone who flies or parachutes as part of their duty.

U.S. Army Lieutenant Colonel Theresa Long, a flight surgeon at Fort Rucker in Dothan, AL, filed an affidavit declaring all flight crews which have received the vaccine should be grounded for health reasons.

Dr. Long points out that the risks presented by the vaccines, particularly to younger males outweigh the possible benefits. The problem with the vaccines is that they have been linked to myocarditis, a condition that is especially hazardous in the thinner air at high altitudes. That’s why aviators and the special operations community are especially concerned. In the Marine Corps, the Reconnaissance community conducts High Altitude Low Opening (HALO) parachute jumps involving jumping from 10,000 feet or more. Yet, any military aviator or paratrooper who objects to the vaccination risks are being drummed out of the service.

In other words, the Biden Pentagon is jettisoning some of our most highly-trained and expertly-qualified warriors, en masse, denying them a fair hearing regarding their objections, all in the name of protecting them from a virus that is apparently not that dangerous to them.

Now some will no doubt argue that the military members should be vaccinated to protect other people, not themselves. The weakness in that argument is that it goes against other vaccine regimens historically. We should be protecting those who need protection through medically proven methods, while allowing low-risk categories to go about performing their duties and accomplishing their mission.

The effects of this misguided policy will reverberate across the services for years as the people being kicked out are among the most highly trained. It takes time and money to train aviators and special operators. Those folks don’t just grow on trees. Their screening and selection is rigorous. Losing thousands of them to a policy decision unrelated to accomplishment of the mission isn’t just unwarranted, it’s insane. The military brass is achieving with this policy what a foreign enemy couldn’t achieve with the most exquisite lab-grown biological weapon.

National security policy cannot be subject to the unqualified actions and directives of a bureaucrat with no security clearance and no apparent qualification in the field. That is what has been happening for some time. The lives and careers of thousands of America’s heroes, and the security of our nation, are at stake.

Christopher Holton is a Senior Analyst with the Center for Security Policy.
ausmily by Carolyn Kaster is licensed under AP N/A