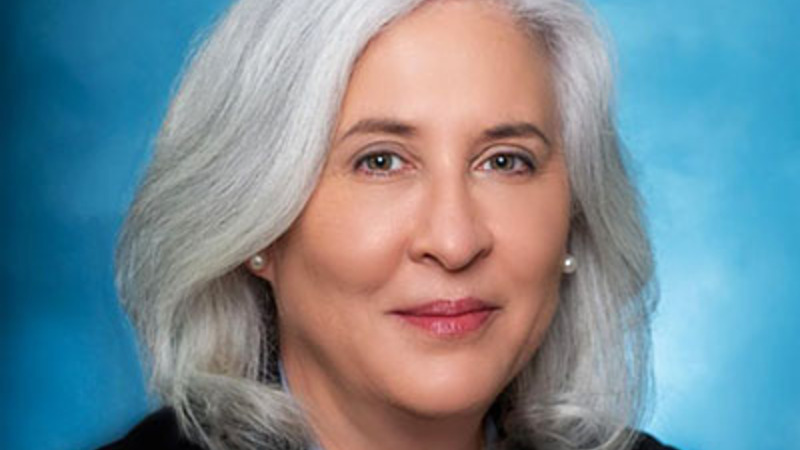 Team Biden worked directly with the Department of Justice and National Archives to launch a criminal investigation into former President Donald Trump's alleged mishandling of documents which led to the raid on Trump's Florida residence at Mar-a-Lago, according to newly released memos.

The memos, which were reviewed by Just the News, show then-White House Deputy Counsel Jonathan Su was engaged in conversations with the FBI, DOJ and National Archives as early as April.

Those conversations took place after 15 boxes of classified and other materials were voluntarily returned to the National Archives from Trump's Florida home.

In May, Su informed the National Archives that Joe Biden would not object to waiving Trump's claims to executive privilege.

That decision "opened the door for DOJ to get a grand jury to issue a subpoena compelling Trump to turn over any remaining materials he possessed from his presidency," John Solomon reported for Just the News on Tuesday.

On May 10, the newly released memos show, acting National Archivist Debra Steidel Wall sent Trump's lawyers a letter summarizing the White House's involvement in chasing down the documents Trump is alleged to have taken with him upon departing the White House in January 2021.

In the May 10 letter, Wall wrote to Trump defense attorney Evan Corcoran: "On April 11, 2022, the White House Counsel's Office — affirming a request from the Department of Justice supported by an FBI letterhead memorandum — formally transmitted a request that NARA (National Archives Record Administration) provide the FBI access to the 15 boxes for its review within seven days, with the possibility that the FBI might request copies of specific documents following its review of the boxes."

Wall's letter revealed that Team Biden had empowered the National Archives and Records Administration to waive any claims to executive privilege that Trump might assert to block the DOJ from gaining access to the documents.

Wall wrote: "The Counsel to the President has informed me that, in light of the particular circumstances presented here, President Biden defers to my determination, in consultation with the Assistant Attorney General for the Office of Legal Counsel, regarding whether or not I should uphold the former President's purported 'protective assertion of executive privilege.' I have therefore decided not to honor the former President's 'protective' claim of privilege."

Trump’s legal team filed a lawsuit on Monday asking a federal judge to appoint a “special master” to review the documents removed from his Mar-a-Lago home by the FBI.

Trump said in a statement:


All polls STRONGLY indicate that I am the candidate that Democrats LEAST want to run against, by far, hence the politically motivated Raid on Mar-a- Lago - Which has backfired, big time! I beat them twice, did much better the second time (many millions more votes than the first!), and may just have to do it again. Our Country is going to Hell!

We have just filed a motion in the U.S. District Court for the Southern District of Florida strongly asserting my rights, including under the Fourth Amendment of our Constitution, regarding the unnecessary, unwarranted, and unAmerican Break-In by dozens of FBI agents, and others, of my home, Mar-a-Lago, in Palm Beach, Florida.

They demanded that the security cameras be turned off, a request we rightfully denied. They prevented my attorneys from observing what was being taken in the raid, saying "absolutely not." They took documents covered by attorney-client and executive privilege, which is not allowed. They took my passports. They even brought a "safe cracker" and successfully broke into my personal safe, which revealed……nothing! We are now demanding that the Department of "Justice" be instructed to immediately STOP the review of documents illegally seized from my home. ALL documents have been previously declassified.

We are demanding the appointment of a SPECIAL MASTER to oversee the handling of the materials taken in the raid. We are further demanding that the DOJ be forced to turn over a REAL, without "plants" inventory of my property that was taken and disclose where that property is now located We are demanding that all items wrongfully taken from my home be IMMEDIATELY returned.

The wrongful, overbroad warrant was signed by a Magistrate Judge who recused himself just two months ago, from a MAJOR civil suit that I filed, because of his bias and animus toward me.

This Mar-a-Lago Break-In, Search, and Seizure was illegal and unconstitutional, and we are taking all actions necessary to get the documents back, which we would have given to them without the necessity of the despicable raid of my home, so that I can give them to the National Archives until they are required for the future Donald J. Trump Presidential Library and Museum.

I will never stop fighting for the American people, our Country, and the Rule of Law.

Ohio Republican Rep. Jim Jordan, the ranking Republican on the House Judiciary Committee and the committee's likely chairman if the GOP wins control of Congress in November, called Team Biden's involvement and privilege waiver "amazing news" with implications for past and future presidents.

"Look, the Left, they've been out to get President Trump because President Trump's a threat to the clique, to the Swamp, to the bureaucracy, to the deep state," Jordan told the "Just the News, Not Noise" television show Tuesday night. "That's why they were out to get him before he was in office, and they set up the whole Russia collusion hoax. It's why they tried to get him while he was in office. And of course, obviously they continue to do so now that he's left. It's just never going to end."

In February, Su wrote letters which denied executive privilege claims made by Trump administration officials Peter Navarro and Michael Flynn in connection to the Jan. 6, 2021 protest.

Su formerly defended George Nader, a Lebanese American lobbyist, who was sentenced to 10 years in prison in June 2020 after pleading guilty to bringing an underage teenage boy to the United States for sex and possessing child pornography.

The Department of Justice revealed in a December sentencing memo that Nader had pleaded guilty to a single count on July 22, 2020. The court filing says Nader and Ahmad “Andy” Khawaja, a Los Angeles-based chief executive of Allied Wallet, “orchestrated a scheme to funnel over $3.5 million in foreign funds into the 2016 presidential election.” The DOJ added that they “did so to gain direct access to unsuspecting high-level political figures to further their professional endeavors: in the defendant’s case, out of a desire to lobby on behalf and advance the interests of his client, the government of the United Arab Emirates; in Khawaja’s case, in the hopes of securing political appointment in the future.”

Prosecutors said Nader agreed with them on sentencing guidelines, which would produce a range of 78-97 months behind bars, though the DOJ only asked for a 60-month sentence. The DOJ asked for the sentence to run consecutively to the child sex crime sentence.

dwall by N/A is licensed under Public Domain N/A