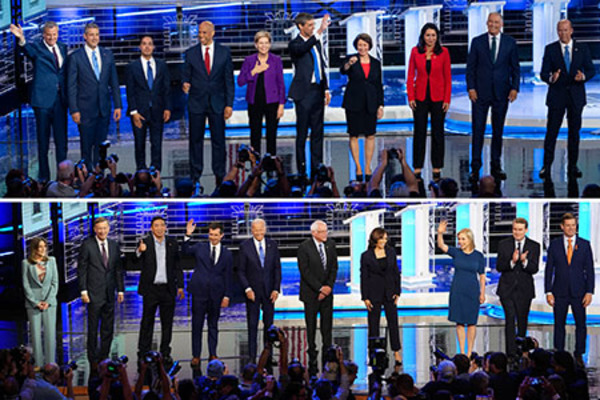 The candor displayed in the May 18 official statement from New Jersey Democrat Sen. Cory Booker is remarkable. The failed 2020 Democratic presidential candidate is not attempting to hide exactly what he is using his senatorial position to advance (bold added throughout this column):

[The Real Education and Access for Healthy Youth Act] would offer the first federal grants for comprehensive sex education programs in the United States and end investments in harmful Title V abstinence-only programs. These grants would fund programs at high schools, colleges, and organizations to support the sexual health and agency of students and young people. This legislation would also require program grantees to promote gender equity and offer instruction that is inclusive of young people with varying gender identities, gender expressions, and sexual orientations.

There you have it. Proposed legislation introduced in the upper chamber of Congress by Booker and fellow Democrat Sen. Mazie Hirono of Hawaii and in the lower chamber by Democrat Reps. Barbara Lee of California and Alma Adams of North Carolina seeks to prevent children from being taught to abstain from sex and encourage their “sexual agency” instead.

Booker is obviously performing a duty with his ongoing labors on behalf of this legislation. Some kind of obligation is involved. Powerful figures tell him to do this, and he does.

The use of a 9-year-old child as a political prop for transgenderism during a CNN Democratic presidential nomination town hall in October 2019 and Warren’s bizarre promise three months later to have a transgender kid vet her Education Department secretary if she won the presidency hinted at dark behind-the-scenes forces shaping the Democrat agenda. Installed President Joe Biden’s strident backing of all things transgender is another red flag.

Booker’s statement features quotes from a few other of these radical child-warping organizations. Among them is Advocates For Youth. According to its website, this organization is wielding significant influence with those responsible for the health and education of America’s youngsters:

Advocates for Youth is the only organization that works both in the United States and in developing countries with a sole focus on adolescent reproductive and sexual health. In the previous fiscal year, Advocates worked with over 28,000 health care providers, educators, and other youth-serving professionals, directly and indirectly strengthening the ability of more than nine and a half million youth to make informed, responsible decisions about their sexual health.

Advocates for Youth’s statement touting REAHYA reveals sex ed to be what informed Americans always knew it was, another key weapon in the Cultural Marxist arsenal:

Research also has shown that sex education can have a transformational impact on school climate by utilizing intersectional approaches that affirm race, gender, and other aspects of identity. High-quality sex education can contribute to dismantling barriers to social and racial justice by promoting equity and inclusion in classrooms and school environments.

This is one of the youth programs offered by Advocates For Youth:

Abortion Out Loud, formerly the 1 in 3 Campaign, harnesses the power of storytelling, grassroots organizing, leadership development, and policy advocacy to end abortion stigma and strengthen support for young people's access to abortion.

Another program targets children as young as 10:

AMAZE... is a partnership between Advocates, Answer and Youth Tech Health and harnesses the power of animation and social media to provide young people, ages 10-14, their parents and educators with an age-appropriate, sex education playlist. These short, engaging, and often funny videos cover topics including puberty, relationships, consent, sexual orientation, gender identity, body image and much more.

Advocates For Youth has been pursuing its vile agenda since 1980. Its funders include progressive globalist billionaire George Soros’s Open Society Institute.

Another Soros-funded group supporting REAHYA is prominently featured by Booker’s office. SIECUS, the Sexuality Information and Education Council of the United States, has also been targeting the morals of America’s children for decades, having been founded in 1964. It was started up by Mary Calderone, medical director for Planned Parenthood.

In 2019, the organization “rebranded” as “SIECUS: Sex Ed for Social Change.”

Once again, we see the revolutionary purpose of sex education finally being acknowledged. Remember when it was supposed to really only be about health, hygiene and education?

Alex Newman, writing at The Epoch Times in 2020, quotes Dr. Judith Reisman, an expert on Alfred Kinsey, the perverted sex “researcher” who relied on information supplied to him by pedophiles in accumulating the thoroughly bogus data for his “discoveries” on human sexuality. Reisman, a courageous anti-pornography fighter who died in April two days short of her 86th birthday, explained to Newman how SIECUS was created straight out of the Kinsey Institute:

In the late 1950s, [SIECUS founder] Calderone went to the Kinsey Institute in Indiana. At a meeting, the group of radical sexual revolutionaries plotted how to advance their cause, and even assigned roles, Reisman told The Epoch Times during a series of interviews. It was decided that SIECUS would handle sex education, with multiple Kinsey Institute representatives serving on the board.

“SIECUS emerged out of the Kinsey Institute after this meeting, where they decided SIECUS should carry out the sex-education that Kinsey envisioned,” Reisman said. “SIECUS was really Kinsey’s arm — and the Kinsey Institute’s arm — into the schools.”

There is a malevolent air permeating the Democratic Party in America today. Joe Biden and his fellow leading party figures come as Destroyers. This is the purpose to which these puppets have been deployed. There is nothing positive put forward, nothing uplifting, nothing good.

We see only that which would corrode individual American humanity. But it all makes sense. The degradation of our nation’s children is a vital means to crushing the independent spirit of unique souls that stands in the way of a flat, deadened centralized tyranny.

Joe Schaeffer is the former Managing Editor of The Washington Times National Weekly Edition. His columns appear at WorldTribune.com and FreePressInternational.org.

demlineup by N/A is licensed under Screen Grab N/A