Thinking of having fun this Halloween? Be afraid, be very afraid

hallo1 by N/A is licensed under Screen Grab N/A
Leftists: Just say no to this costume on Oct. 31.
Analysis by WorldTribune Staff, October 25, 2021

That would be a big yes as far as the woke leftist cancel culture comedy killing fun averse mob is concerned.

“Many children and families don’t realize that their costume choices are potentially hurtful or offensive,” the Anti-Defamation League (ADL) says in a guide it produced (yes, no joke) for appropriate Halloween costumes.

"For example, a child who may be interested in Native American stories and history wants to dress up as a Native American person. Consider it an opportunity to talk with them about how Native American dress is not a costume. Instead, it is an essential part of identity, unique to each different tribe with their own customs and ways of dress,” the guide says.

So, you should not go as Pocahontas for Halloween. In fact, as Greta Thunberg would say: How dare you!

And don't even think about going ironically as Greta Thunberg.

The perfect 2021 Halloween costume for the woke leftist mob? That would be Dracula. Why? Because they are sucking they joy out of Americans' lives.

“Many Halloween costumes perpetuate gender stereotypes and exclude those who don’t conform to traditional gender norms, especially those who are transgender, non-binary or gender non-conforming. Be mindful that you may have students who feel excluded and marginalized by the overly gendered way Halloween costumes are marketed,” the ADL's Halloween guide proclaimed.

Here are two photos of costumes. Which one is and which one isn't appropriate in the leftist Halloween handbook? 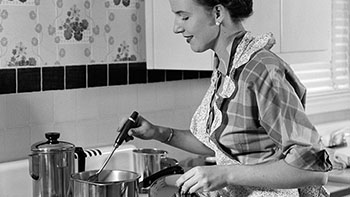 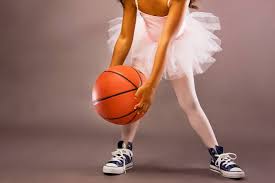 A Seattle Public Schools elementary school has come up with a perfect woke solution to deal with all those culturally-inappropriate, gender norm-adhering 5- to 10-year-olds. B.F. Day Elementary School canceled its Halloween parade, saying the event has historically marginalized students of color who don’t celebrate the holiday.

Seattle Public Schools said in an emailed statement that, for at least five years, the school’s Race and Equity Team has been discussing the parade, The Seattle Times reported. The team with staff input, made the recommendation to cancel the parade, the statement said.

hallo1 by N/A is licensed under Screen Grab N/A