Thunberg: You don't need that PlayStation 5 — so don't buy it 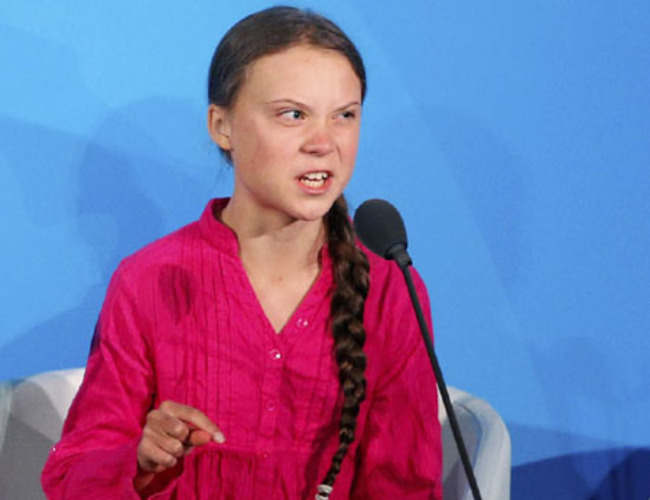 Excited to get that new PlayStation 5? Scoping out a nice Baby Yoda for a loved one? Excited to fly that hand-sized DroneXPro?

Climate activist Greta Thunberg says that you don't need these things, so don't buy them.

Thunberg tweeted on Nov. 27: "Today is black Friday. Overconsumption is wrecking present and future living conditions and the planet itself. Don’t buy stuff you don’t need.”

So, according to Thunberg, what would be a better way to spend your hard-earned dollars? She urged her followers to donate to organizations and funds “supporting people in the most affected areas suffering from the climate- and ecological crisis.”

In the tweet, Thunberg also noted that children should skip something they do need — education: “School strike week 119.”

A BBC Newsround survey published in March of this year found that children have been suffering anxiety due to the grim predictions coming from Thunberg, Rep. Alexandria Ocasio-Cortez and other environmental activists. The poll of 2,000 eight- to 16-year-olds found kids have been enduring severe stress by taking dire forecasts by climate alarmists to heart.

A majority of the children interviewed expressed worry over the impact of global warming on their futures and a concerning percentage said they have even experienced nightmares related to the cause.

"When asked about their futures, most children told us they are worried about the impact that climate change will have on them when they're older and one in five have even had a bad dream about it," the report read.

Thunberg has stated that the youth's duty is to "hold the older generations accountable for the mess they have created and expects us to live with."

In December 2018, Thunberg told CNN: "And say to [society's elders] that we cannot continue risking our future like this. And so, we need to get angry and then we need to transform that anger into action.”

Thunberg warned: “Around the year 2030, ten years, 259 days, and ten hours away from now, we will be in a position where we set off an irreversible chain reaction that will most likely lead to the end of our civilization as we know it. That is, unless, in that time, permanent and unprecedented changes in all aspects of society have taken place … We are in the midst of the sixth mass extinction, and the extinction rate is up to ten thousand times faster than what is considered normal with up to 200 species becoming extinct every single day.”