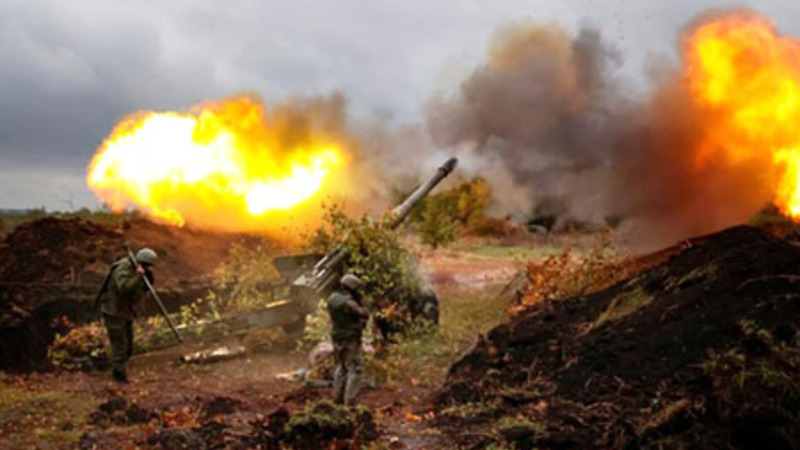 artilryukr by N/A is licensed under AP N/A
Ukraine was burning through as many as 7,000 rounds of ammunition a day, while Russia was firing as much as 20,000 rounds daily, U.S. officials say.
by WorldTribune Staff / 247 Real News January 19, 2023

In a desperate behind the scenes scramble to keep up the steady supply of arms and ammunition demanded by Ukraine, the Pentagon has tapped into stockpiles of U.S. ammunition in Israel and South Korea, reports say.

"The Pentagon is tapping into a vast but little-known stockpile of American ammunition in Israel to help meet Ukraine’s dire need for artillery shells in the war with Russia, American and Israeli officials say," The New York Times reported. "The stockpile provides arms and ammunition for the Pentagon to use in Middle East conflicts. The United States has also allowed Israel to access the supplies in emergencies."

Another overseas U.S. stockpile being tapped is in South Korea, reports are saying.

Both Israel and South Korea have thus far maintained an official policy of not arming Ukraine, with Israel in particular coming under pressure by both Washington and Ukrainian officials to send lethal aid.

"The shipment of hundreds of thousands of artillery shells from the two stockpiles to help sustain Ukraine’s war effort is a story about the limits of America’s industrial base and the diplomatic sensitivities of two vital U.S. allies that have publicly committed not to send lethal military aid to Ukraine," the NY Times report said.

Israeli officials told the Times that Jerusalem had not altered its position against giving Ukraine lethal weapons, but was agreeing to the U.S. using its own supplies.

The move is seen by analysts as "yet another significant acknowledgement of the Pentagon's own dwindling stockpiles as it now must tap heretofore not publicly disclosed stores in Israel."

The U.S. stockpile in Israel dates back to the Yom Kippur War in 1973. The U.S. delivered weapons to Israeli forces during the war, then set up storage facilities in Israel for use in a potential crisis.

U.S. tanks and armored personnel carriers were stowed in the Negev desert in case American forces in the Middle East needed them. Later on, in the 2000s, munitions for the different branches of the U.S. military were kept in Israel in locations that were only open to the U.S. personnel, the report said

Last week, at a defense conference in D.C. some among the U.S. Navy's top leadership put the dilemma in stark terms, with a reporter from Defense One capturing a top commander's words: "An admiral alluded to the U.S. needing to choose between itself and Ukraine during a panel at the conference."