Trump accuses media of disinformation: Here is ‘what I said’ 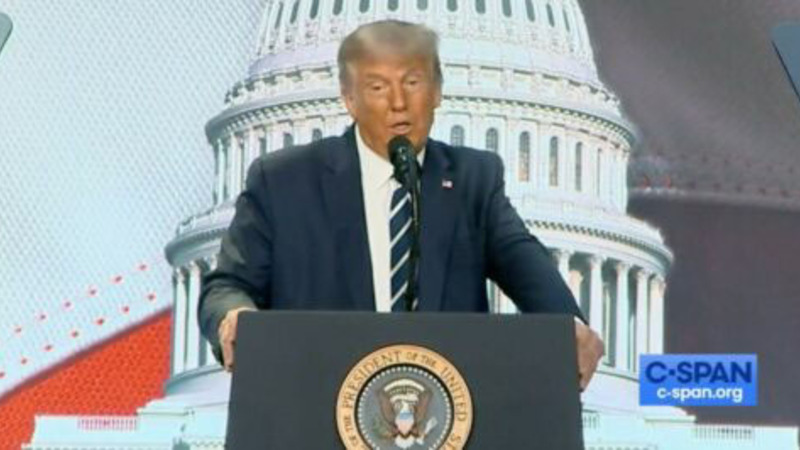 Any suggestion that he wanted to terminate part of the U.S. Constitution is absurd, former President Donald Trump said in response to a media barrage of criticism over remarks he made regarding Twitter CEO Elon Musk revealing the extent to which the social network coordinated with the Biden campaign in suppressing a story about Hunter Biden’s laptop.

“A Massive Fraud of this type and magnitude allows for the termination of all rules, regulations, and articles, even those found in the Constitution,” Trump said in TruthSocial post calling for himself to be reinstated or the 2020 election to be repeated. “Our great ‘Founders’ did not want, and would not condone, False & Fraudulent Elections!”

The remarks prompted a media blitz suggesting Trump wanted to abolish the Constitution. Musk tweeted: “The Constitution is greater than any President. End of story.”

"The Fake News is actually trying to convince the American People that I said I wanted to “terminate” the Constitution. This is simply more DISINFORMATION & LIES, just like RUSSIA, RUSSIA, RUSSIA, and all of their other HOAXES & SCAMS. What I said was that when there is “MASSIVE & WIDESPREAD FRAUD & DECEPTION,” as has been irrefutably proven in the 2020 Presidential Election, steps must be immediately taken to RIGHT THE WRONG. Only FOOLS would disagree with that and accept STOLEN ELECTIONS. MAGA!

"SIMPLY PUT, IF AN ELECTION IS IRREFUTABLY FRAUDULENT, IT SHOULD GO TO THE RIGHTFUL WINNER OR, AT A MINIMUM, BE REDONE. WHERE OPEN AND BLATANT FRAUD IS INVOLVED, THERE SHOULD BE NO TIME LIMIT FOR CHANGE!"

djtspan by N/A is licensed under Public Domain C-SPAN