Trump slams S. Dakota senator he endorsed: ‘It’s RINOs like this that are allowing the Democrats to destroy our Nation' 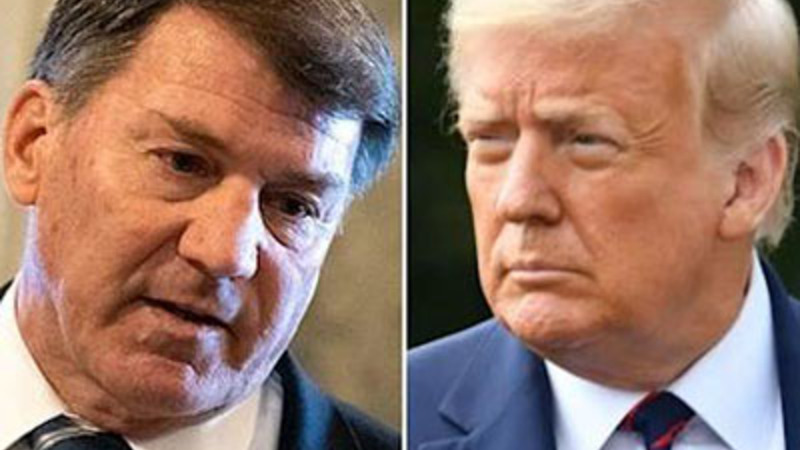 Trump said in a statement:

" 'Senator' Mike Rounds of the Great State of South Dakota just went woke on the Fraudulent Presidential Election of 2020. He made a statement this weekend on ABC Fake News, that despite massive evidence to the contrary, including much of it pouring in from Wisconsin, Georgia, Arizona, Michigan, Pennsylvania, and other states, he found the election to be ok — just fine. Is he crazy or just stupid?

"The numbers are conclusive, and the fraudulent and irregular votes are massive. The only reason he did this is because he got my endorsement and easily won his state in 2020, so now he thinks he has time, and those are the only ones, the weak, who will break away.

"Even though his election will not be coming up for 5 years, I will never endorse this jerk again.

"It’s RINOs like this that are allowing the Democrats to destroy our Nation! Our Borders, our Military, our Economy, Inflation, the horrible handling of the China Virus and Afghanistan, and rampant crime throughout our Democrat-run cities are ripping our Country apart. We are a laughingstock throughout the world when we were respected and even feared just 1 year ago. There were no thoughts of Russia with Ukraine, China with Taiwan, Iran with nuclear weapons, or North Korea with nasty statements.

"The Radical Left Democrats and RINOS, like 'Senator' Mike Rounds, do not make it easy for our Country to succeed. He is a weak and ineffective leader, and I hereby firmly pledge that he will never receive my Endorsement again!"

Trump has already said he will campaign against Alaska Republican Sen. Lisa Murkowski, who is running for a third term in 2022. Murkowski was one of seven GOP senators who voted last year to convict Trump at his second impeachment trial.