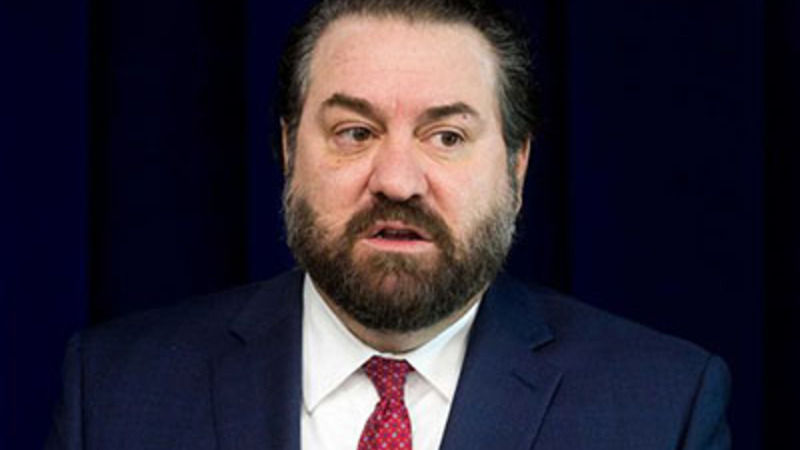 Mark Brnovich, the Republican attorney general of Arizona and a U.S. Senate candidate, opened an investigation after the myriad of irregularities found in the audit of Maricopa County's 2020 ballots.

“The great Patriots of Arizona are anxiously awaiting the Attorney General’s review of the large-scale Election Fraud that took place during the 2020 Presidential Election,” former President Donald Trump said in a statement issued via his Save America PAC after the audit. “The findings of the Forensic Audit Report were clear and conclusive.”

That was in September.

Trump asked in a Nov. 23 statement: "Whatever happened to the Rigged and Stolen Arizona Presidential Election that is being investigated, or maybe the words should properly be 'looked at,' by Attorney General Mark Brnovich? When will the legislature vote to decertify?"

Trump added: "People are very upset in Arizona that it is all taking so long, especially when the findings of the State Senate’s Forensic Audit were so conclusive, not even including the recent revelation of 35,000 fictitious votes in Pima County, and precincts with over 100 percent turnout (how do you like that one?). The people of Arizona are anxiously awaiting the decision of the Attorney General. They know what really went on during that Election!"

Arizona Senate President Karen Fann said in a Nov. 1 interview that Brnovich's office has the responsibility of acting on the audit’s findings, as well as Maricopa County’s potentially illegal obstruction of the investigation.

“Our job is policy. Our job is to make laws, make sure they’re working, and change or update laws as necessary,” Fann said. “It is the Attorney General’s office’s to enforce those laws. So, we are on a dual path now. We have turned everything we have, so far, over to the Attorney General.

Fann said that Brnovich “is seeking not only all the information we have, but he is digging further into information that other people have gathered, even outside of the audit. So – that’s his job. He is going to hold people accountable.”

"The Unselect Committee issued a subpoena to Bernie Kerik, an American Patriot and great former Police Commissioner of New York City, for its Jan. 6th Witch Hunt, but didn’t realize what they were demanding is a massive trove of evidence of Voter Fraud," Trump said. "According to Bernie’s lawyer, these documents show significant indicators of fraud in the 2020 Presidential Election Scam, but have remained hidden from the public. It is exactly what the Unselect Committee should be interested in — if this was a real investigation."

Trump added: "Bernie wants to comply with the subpoena with a public hearing, and asked me to waive attorney-client privilege so Bernie can testify and provide documents, which I grant him. The Unselect Committee will not like what they asked for!"

"The Democrats are feasting on January 6th, with no Republicans on the Unselect Committee (Cheney and Kinzinger are not Republicans!) but they are refusing to even discuss the root cause of that protest, which was the insurrection that took place during the November 3rd Presidential Election," Trump added. "We had a Rigged and Stolen Election in our Country, the proof is voluminous and everywhere, but the Democrats refuse to even mention or discuss it. It’s called Cancel Culture, and until that is done, this Country will never heal!"

brnovich by N/A is licensed under Video Image N/A