U.S. Army doctor, in stunning vaccine testimony: ‘I have been ordered not to answer that question’ 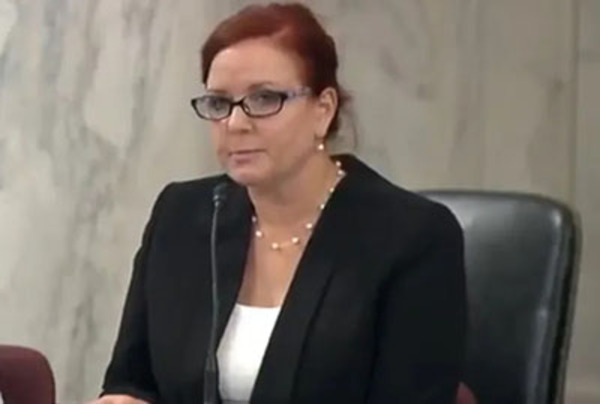 A U.S. Army medical officer has testified in court that she was ordered by a superior to suppress data about Covid-19 vaccine injuries amid Team Biden's push to mandate the jab.

Asked during a March 10 hearing about Defense Medical Epidemiology Database (DMED) report revealing a high rate of vaccine injuries among military personnel, Lt. Col. Theresa Long said: “I have been ordered not to answer that question.”

Long was testifying at a hearing in which Liberty Counsel, the law firm representing 30 members of the military who are fighting the military vaccine mandate, returned to federal court to defend a preliminary injunction Judge Steven Merryday of the U.S. District Court for the Middle District of Florida granted two military plaintiffs that allowed them to skirt the Pentagon's vaccine mandate, Dr. Paul Alexander reported on substack.com on April 3.

Long said that she and two other flight surgeons reviewed DMED data last year and discovered a stunning rate of vaccine injuries in the military.

According to a whistleblower in the case, certain disorders spiked after the vaccine mandate went into effect, including miscarriages and cancers, and neurological problems which increased by 1,000 percent.

Long testified that she was contacted by a high level officer the night before the hearing, and told not to discuss her findings in court.

Mat Staver, Founder and chairman of Liberty Counsel, asked Long if the information the military ordered her to withhold was relevant and helpful for the court and the public to know. She said, “yes,” and Staver asked her why.

Long told the judge: “I have so many soldiers being destroyed by this vaccine. Not a single member of my senior command has discussed my concerns with me … I have nothing to gain and everything to lose by talking about it. I’m OK with that because I am watching people get absolutely destroyed.”

Long also testified that the data shows that deaths of military members from the vaccines exceed deaths from the Covid virus itself.

The doctor said she is constantly contacted by people who have been injured by the vaccines, and that many of those injured are pilots who are expected to meet high fitness standards. Long told Staver that in just one afternoon she heard from four pilots who had just gotten MRIs back showing that they had myocarditis.

Morale is tanking in the military, Long testified, with many soldiers in despair over the pressure to get the vaccine. Some are even having suicidal thoughts. Long said she was aware of at least two people who have committed suicide over the pressure, and the threat of punishment for refusal.

Since whistleblowers came forward with the DMED data, the Department of Defense has claimed the increase in military vaccine injuries was caused by a “glitch in the database.”

tlong by N/A is licensed under Video Image N/A