U.S. Chamber of Commerce to Biden DHS: It would cost too much to replace illegal alien workers with Americans 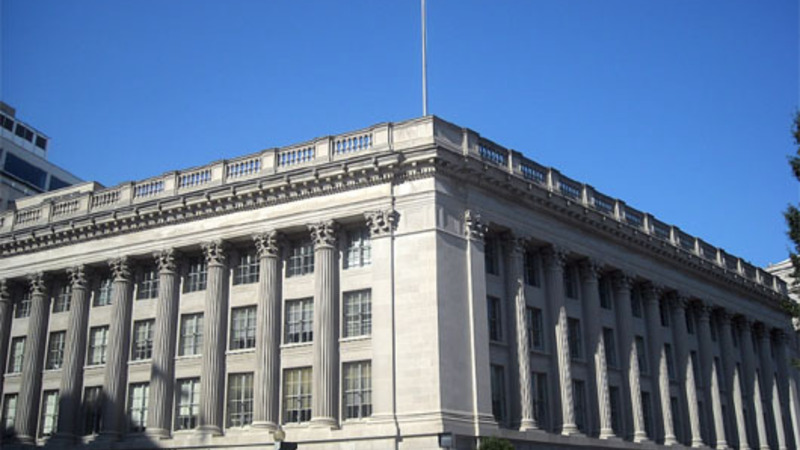 The U.S. Chamber of Commerce has reemphasized its love of illegal aliens in a letter to the Biden administration that brazenly laments that if illegals are not protected its corporate members might be faced with the unwanted expense of having to hire American citizens in their place.

On Nov. 29, the Chamber penned a letter addressed to Biden Homeland Security Director Alejandro N. Mayorkas titled “US Chamber of Commerce Comments to DHS on Deferred Action For Childhood Arrivals.”

The letter steps gently in the beginning before gathering breathtaking steam as it proceeds. As always, the supporters of the illegal alien invasion of this nation tack on verbiage about the importance of border security at the end of an assertion that makes rights of citizenship meaningless for Americans (bold added throughout this article):


We urge the Department to finalize a refined DACA rule in an expeditious manner to best ensure that DACA recipients can continue to legally live and work in the U.S. More importantly, we implore the Biden Administration to work with both political parties in Congress on a lasting, bipartisan legislative solution that includes, at a minimum, the provision of long-term legal status and work authorization for Dreamers and sorely needed improvements to our nation’s border security efforts.

Money over respect of law is a staple of the cheap labor-loving Chamber:


Many companies are having significant difficulties in meeting their workforce needs. The DACA program’s continued existence ensures that the roughly 641,000 current program beneficiaries don’t lose their ability to legally work in the U.S. If DACA recipients lost the ability to legally live and work in the U.S., it would cause significant business disruptions for our member companies.

The Chamber makes it clear: It wants permanent protection for its illegal workers:


Several empirical studies have shown the benefits of providing DACA recipients with the ability to legally live and work in the U.S. and more importantly, what our nation and our economy stand to lose if DACA recipients lose their protection from deportation and work authorization. One study by Ike Brannon and M. Kevin McGee found that making DACA permanent would increase federal, state, and local tax revenue by $87 billion over a ten-year period.

Now for the real wow stuff. The Chamber states that its member companies need skilled illegal alien workers so American citizens keep their unskilled jobs. This speaks volumes about how these corporate executives feel about the American worker. How about some regard for the upward mobility of American citizens? How about a greater emphasis on growing skilled American labor?


This research also concluded that the likely impact of the DACA program’s elimination is that such a policy change would harm the interests of not only the DACA recipients, but also the interests of American workers. The authors reasoned that the program’s elimination would dramatically reduce the return on investment for a DACA recipient to obtain additional educational credentials and skills. This would likely force affected individuals to take jobs that don’t allow them to take full advantage of their human capital, which would reduce the number of skilled workers in occupations where there are acute labor shortages and bring about increased competition for the types of jobs that require less educational credentials and tend to have a surplus of potential workers in those fields. The risk posed by this potential outcome has many companies concerned, as they do not want to lose valued employees at a time when they’re struggling to meet their workforce needs.

The Chamber shows similar total disdain for American workers by deploring the potential horrifying scenario of having its member companies be forced to let its illegal workers go and hire Americans to fill the jobs instead. This is openly presented as a bad thing:


The Cato Institute estimates that employers would incur approximately $6.3 billion in turnover costs if the DACA program were rescinded and the program’s beneficiaries lost their ability to legally work in the U.S. Such an outcome would force American companies of all sizes to let go of hundreds of thousands of DACA employees and recruit, hire, and train replacements for these workers.

What has this nation become when the largest business organization in the United States feels perfectly comfortable in declaring its hostility to having its potential profit margin affected by any requirement that American citizens should be hired to fill jobs in America?