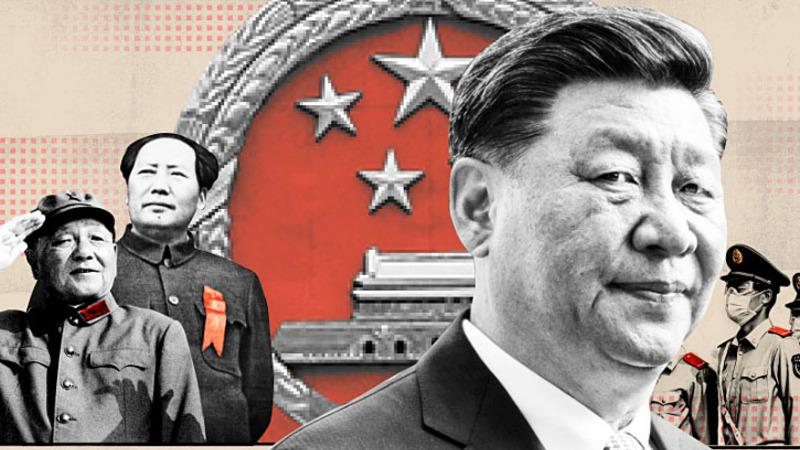 Now under Republican Party leadership, the U.S. House of Representatives — on three levels — is set to challenge the Biden Administration, American people and their allies to rise to a much higher level of vigilance to defend against the predations of the Communist Party of China (CCP).

Before his election as Speaker of the U.S. House of Representatives on Nov. 20, 2022, then Minority Leader Kevin McCarthy (R-CA) announced that he would form a “select committee on China,” specifically mentioning the failure of the Democrat Party to initiate any hearings of the origins of the China Virus.

Since about 2019 this China-origin virus, universally called Coronavirus Disease (COVID) in an attempt by liberals to control discourse and avoid “offending” the Chinese state, has killed 1.11 million in the United States and over 6.7 million worldwide.

Exposing the role of the Wuhan Institute of Virology and confirming reported U.S. funding and concealment of cooperation by the U.S. Institute of Health could promote further opposition to the CCP by Chinese, who have recently taken to the streets in rare large-scale protests against harsh government COVID restrictions, and perhaps help enable the seeking of reparations from the Chinese government.

But this House Select Committee on the Strategic Competition Between the U.S. and the Chinese Communist Party, approved by the House in Jan. 10 vote of 365 to 65, will have 16 Members and be chaired by Congressman Mike Gallagher (R-WI), a leading voice in the Republican Caucus on China’s threats.

Also on Jan. 10, having been chosen to lead the select committee, Gallagher said the new select committee would examine China’s “coordinated whole of society strategy to undermine American leadership and American sovereignty, while working on a bipartisan basis and with committees of jurisdiction to look at long overdue commonsense approaches to counter CCP aggressions.”

On Jan. 8, Gallagher stated: “The greatest threat to the United States is the Chinese Communist Party. The CCP continues to commit genocide, obscure the origins of the coronavirus pandemic, steal hundreds of billions of dollars worth of American intellectual property, and threaten Taiwan. The Select Committee on China will push back in bi-partisan fashion before it’s too late.”

The last House Select Committee to examine challenges from China was led in 1988 to 1999 by former Republican Congressman Christopher Cox and helped to expose China’s egregious espionage of U.S. nuclear weapon secrets and missile technology to advance its nuclear threats.

On a second level the House under Republican leadership is also set to investigate the CCP’s corruption of American politics, to include its funding of President Joe Biden’s son Hunter Biden and very likely, the CCP’s role in facilitating funding for the University of Pennsylvania’s Biden Center vanity think tank created after the 2016 election. ....