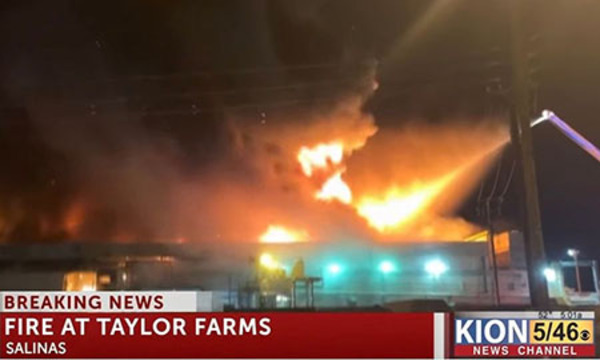 In May of last year, WorldTribune.com reported that, at the same time globalists were warning of worldwide food shortages, an odd series of disasters had hit food processing plants throughout the United States.

In the May 5 report, WorldTribune.com noted that, over the weekend of April 30, food processing plants in Chesapeake, Virginia and Fresno, California were damaged in fires. At the time, over a dozen such plants in the U.S. had been devastated by some kind of disaster.

Big Media has not touched the story, with one of the few exceptions being Fox News host Tucker Carlson.

Seattle radio host Jason Rantz told Carlson: “When you’ve got well over a dozen food processing plants and warehouses getting destroyed or seriously damaged over just the last few weeks, at a time when the food supply is already vulnerable, it’s obviously suspicious, and it could lead to serious food shortages.”

Rantz also said the worry exists that these incidents are “an intentional way to disrupt the food supply.”

As the list continues to grow, independent journalist Emerald Robinson on Jan. 5 interviewed a whistleblower who explained what is going on with the processing plants:

Food processing plants are under attack.

plantfire by N/A is licensed under Video Image N/A