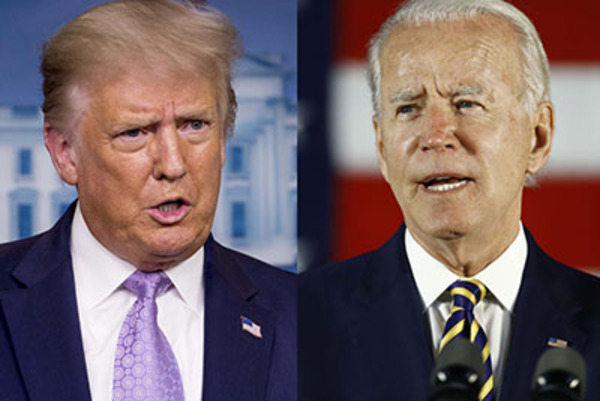 trmpvslpy by N/A is licensed under Internet N/A
Polling shows Donald Trump would significantly improve his support among minorities in a rematch with Joe Biden.
Analysis by WorldTribune Staff, January 12, 2022

New polling finds Americans increasingly see the Left's political/media axis as having almost no ethical standards. Their woke politics and policies are turning Americans off. And their use of the race card to paint Donald Trump as a bigot isn’t sticking.

“Among other minority voters, Trump would get 47 percent to Biden‘s 28 percent,” Rasmussen wrote.

Washington Times columnist Cheryl K. Chumley noted: "This is what keeps Democrats up nights. This is the stuff of leftists’ nightmares."

The polling shows that it is highly unlikely Democrats and their media swamp allies in the 2022 midterms and 2024 general election will be able to successfully use their "go-to method of distracting and deceiving" by crying "racism" and labeling their political opposition as bigoted, Chumley wrote.

"Voters, in increasing numbers it seems, aren’t buying the lie. For all the Left’s efforts to make sure Trump never enters politics again, voters aren’t paying attention. Not only would Trump win versus Biden, it seems, but he‘d do it with a large thumbs-up from minorities. Hear that? That’s the sound of Democrats wailing as their biggest political tool, the racism card, is ripped and shredded."

Meanwhile, the media-politics industry that dominates the swamp is a the bottom of the list of 22 professions when it comes to ethics, a new Gallup survey found.

“Americans are most skeptical of the ethics of elected officials, particularly at the federal level, as well as the media,” the survey said.