Warning to conservatives: Unelected billionaires club is running your lives 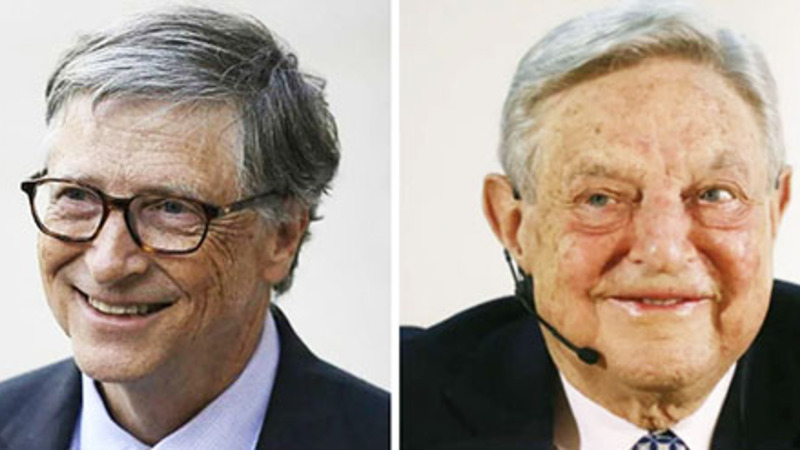 bggs by N/A is licensed under Internet N/A
Bill Gates and George Soros believe they know better than you how to run your life.
by WorldTribune Staff, December 26, 2022

Thanks in large part to Elon Musk’s liberation of Old Twitter, Americans know much more about the new reality: “We are being ruled by unelected super-rich left-wing ideologues,” a columnist noted.

“Yes, they invented the next generation of neat stuff to advance the human experience. But then they corralled it and its immense stream of cash to try to micromanage us — what we should read, say and think; how we travel; what food we can produce and eat; and how we vote,” Scarborough wrote.

The “Twitter Files” have exposed just how deeply the woke have rigged the town square.

“The blacklisting (they called it by the fancy cyber nomenclature ‘visibility filtering’) came with a great cost to our country. They did not just banish debate; they banished the truth. It was not solely about delisting a conservative activist’s Twitter account. It was about erasing a thought as unfit to be discussed — anywhere,” Scarborough wrote.

The globalist Gates has used his billions to back “a more expansive agenda to run our lives” than perhaps anyone else.

“Gates has parlayed Covid-19/climate change into experiments to block our only sun, vegan eating, insect-eating and fake meat eating — while he buys up farmland. He is the No. 1 private funder of the World Health Organization. Its pet project these days is some digital vaccine ‘passport,’ which would require a massive database and travel control,” Scarborough noted.

The Gates Foundation sent a grant in 2012 to All Things Bugs LLC. The stated purpose: “To develop a method for the efficient production of nutritionally dense food using insect species.”

Gates has also invested in a Harvard experiment on solar geoengineering. Special cloud dust would dim the sun and reduce Earth’s temperatures.

Gates has decreed that all “rich countries” should be 100% synthetic meat. It has to do with cow methane and climate change.

One way Gates publicizes all his dreams is by funding a list of prominent journalism organizations.

A 2020 analysis by author Tim Schwab in Columbia Journalism Review found that more than $250 million in Gates grants have gone to influential outlets such as BBC, NBC, ProPublica, National Journal, The Atlantic and The Guardian.

While Gates issues edicts on climate change, Soros “utilizes the brute force of political money to get want he wants,” Scarborough noted. “What he wants is no less than a restructuring of America, casting off U.S. sovereignty for some type of global rule.”

Soros has funded hundreds of left-wing activist groups, such as Demand Justice ($4.5 million in 2021). It is led by Brian Fallon, former Hillary Clinton campaign press secretary and one of the most prominent defund-the-police advocates.

Soros’s most impactful current investment is the election of ultra-left prosecutors in deep-blue urban America.

The Soros-funded Alianza Americas has called for eliminating the U.S. Border Patrol and enforcement — in other words, a completely open border.

Soros was the top donor by far for the just-completed midterm elections, with over $128 million directed to Democrats and aligned groups.