Whistleblower: FBI uses counterterror assets to investigate parents who spoke out at school board meetings 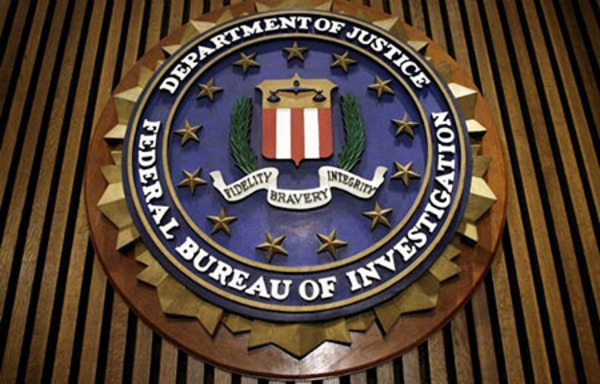 "We ask that your offices apply the threat tag to investigations and assessments of threats specifically directed against school board administrators, board members, teachers, and staff," the email stated. "The purpose of the threat tag is to help scope this threat on a national level and provide an opportunity for comprehensive analysis of the threat picture for effective engagement with law enforcement partners at all levels."

Jordan, the ranking Republican on the House Judiciary Committee, said the email calls into question the "accuracy and completeness" of Attorney General Merrick Garland's recent testimony.

"You testified that the Department and its components were not using counterterrorism statutes and resources to target concerned parents at school board meetings," Jordan wrote in a letter to Garland.

"We have now received a disclosure from a Department whistleblower calling into question the accuracy and completeness of your testimony," Jordan wrote. "... This disclosure provides specific evidence that federal law enforcement operationalized counterterrorism tools at the behest of a left-wing special interest group against concerned parents."

The email shows that FBI counterterror chief Timothy R. Langan Jr., through a deputy, jointly sent instructions with the criminal division chief to FBI officials to use the "threat tag" to track what many on the Left say are “domestic terrorists” at school board meetings.

Jordan asked Garland to amend his testimony or clarify why the FBI sent the instructions.

"Garland said 'oh, no, we would never treat them like domestic terrorists' – of course that’s what left wing groups wanted. Garland said ‘we are not going to do that’ – [but] now we know the counter-terrorism division has been tracking parents," Hawley said.

Garland had previously testified that the DOJ "supports and defends the First Amendment right of parents to complain as vociferously as they wish about the education of their children about the curriculum taught in the schools. That is not what the memorandum is about at all."

"I can’t imagine any circumstance in which the Patriot Act would be used in the circumstances of parents complaining about their children nor can I imagine a circumstance where they would be labeled as domestic terrorism," the attorney general said.

Hawley said he read the leaked email relative to the allegation that showed officials "drawing up lists of crimes" they could potentially charge parents with.

In a statement to Just the News, an FBI official sought to distance the bureau from Garland's original instructions to investigate parental threats and the school board association letter that suggested protesting parents might be domestic terrorists. The school board group has since rescinded the letter and apologized.

"The FBI has never been in the business of investigating parents who speak out or policing speech at school board meetings, and we are not going to start now," the official said. "The FBI's mission is to protect the American people and uphold the Constitution. These are dual and simultaneous and not one at the expense of the other."

dojfbi by N/A is licensed under Screen Grab N/A