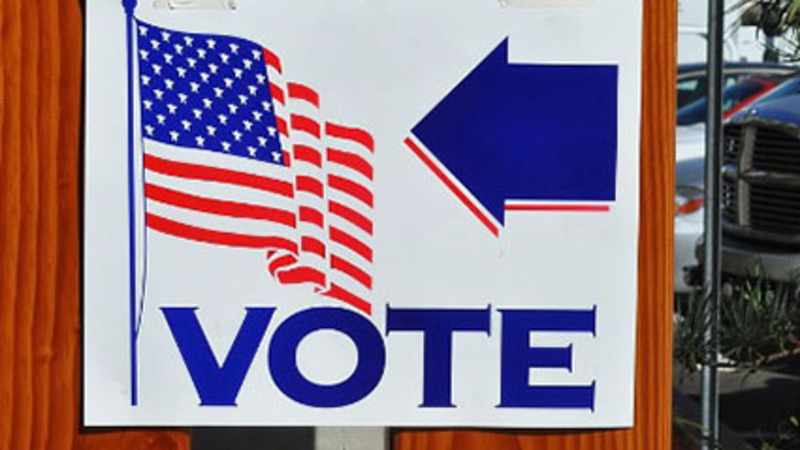 Democrats have spent $40 million this year in their effort to gain control of who counts the votes.

The New York Times reported: "Democrats are outspending Republicans 57-to-1 on television ads for their secretary of state candidates."

And "it still may not be enough," the Times admitted.

"In 2020, Democrat secretaries oversaw a record dumping of mail-in votes," blogger Don Surber noted. "In 2024, they might not get that chance — even though the party is dumping millions into secretary of state races."

Republicans have spent just $700,000 thus far in the 2022 midterms on secretary of state races and $500,000 of that was for Brad Raffensperger to fend off challengers in the Republican primary in Georgia.

The New York Times also griped that voters were too focused on the economy and inflation and other issues "that are outside the purview of the official duties of a secretary of state. And while a vast majority of Americans view democracy as under threat, a striking few see it as a top issue," the Times added, citing a recent New York Times/Siena College poll.

"Imagine that," Surber wrote. "Grocery prices are 13% higher than a year ago and voters are not making a Democrat talking point about 'democracy in peril' their No. 1 issue."

The NY Times also slammed Republican Jim Marchant, who is running for secretary of state in Nevada, because he is the organizer of the America First Secretary of State Coalition. That coalition just happens to favor eliminating mail voting, using only paper ballots, returning to a single day of voting, and giving poll watchers unfettered access. That is the ultimate nightmare scenario for Democrats.

"It took 10 days for Biden to declare himself the winner last time," Surber noted, adding that "Republicans need to get their act together. Giving Democrats control of the counting of votes will turn the nation into Cook County, Illinois."

But the GOP may be fortunate in the 2022 midterms due to what leftist Politico termed the "quintessential curse of down-ballot races."

GOP nominees for secretary of state in Arizona, Michigan, Minnesota, and Nevada are in close races in 2022. All of those GOP candidates questioned the legitimacy of the 2020 election and "could be running the next presidential election" in those key states, Politico noted.

Acting Secretary of State Leigh M. Chapman, a Democrat, warned on Monday that the results of the Nov. 8 midterm elections likely will not be available on election night.

That delay, she alleged, will be because election workers cannot pre-canvas or count mail-in ballots before Nov. 8.

"It's really important for us to get accurate information about the election process in Pennsylvania," Chapman said. "So voters and the public know that when there are delays in counting, it doesn’t mean that there’s anything nefarious happening. It’s just what the law is in Pennsylvania."

Chapman said it would likely take several days to count and certify the votes, the Lehigh Valley News reported.

Chapman said that 1.2 million mail-in ballots have been requested across Pennsylvania, and 43%, or more than 556,000, have been returned.

And, without offering any specific incidents, Chapman said she has concerns involving threats to interrupt voting and calls to delay the sending of mail-in ballots.

“Since I’ve been in office in January, we have constantly met with the FBI and Homeland Security just to talk through what the current threat landscape is and tools that we can give our counties to make sure that they have physical security protection as well as cyber security protection,” she said.

Earlier this month, the U.S. Supreme Court vacated an appeals court decision that required Pennsylvania to count mail-in ballots that don’t have dates on the envelope. Pennsylvania law stipulates that voters have to write the date on the outer envelope in order for their mail-in ballot to be counted.

A group of GOP lawmakers in Pennsylvania said that more than 240,000 ballots have been mailed to voters in the state this year without verifying their identity.

“According to the data, as of Oct. 21, 2022, a staggering 240,000 ballots are ‘NOT VERIFIED,’ ” 15 Republicans in the Pennsylvania House of Representatives wrote in the Tuesday letter to Chapman.

“That is an enormous number of ballots, which, according to the law, must be set aside and not counted for the 2022 General Election unless the voter produces ID,” the lawmakers wrote.

State Rep. Frank Ryan, a member of the House State Government Committee, led the letter. It cites data on unverified ballots for the Nov. 8 election produced by the Pennsylvania Department of State, which Chapman heads.

Earlier this month, the Gwinnett County Board of Elections voted to dismiss all remaining challenges to voter eligibility that had been filed by conservative residents who alleged tens of thousands of voter registration records were invalid.


Patriots in Gwinnett County, Georgia are finding Voter Fraud in real time –– and the Elections Board is doing nothing about it! The Elections Board unlawfully threw out 37,500 challenges without a hearing, making them complicit in Voter Fraud. In just one example, there are 13 registered voters at one address. One slight problem: the property is unfinished and doesn‘t even have a certificate of occupancy yet!

The Cochise County Board of Supervisors on Monday voted to order a full hand recount of ballots for the Nov. 8 election.

Peggy Judd, one of two Republicans on the 3-member board, said that the vote was about “the people,” and their right to vote and how they are “counted and feel confident in the election process.”

Democrat Secretary of State Katie Hobbs, who is running well behind Kari Lake in the race for governor, warned Cochise County that it would be sued if it voted in favor of the hand recount.

Arizona State Rep Mark Finchem, who is running to replace Hobbs as Secretary of State, said "there is no prohibition in law that prevents the supervisors from allowing hand counting."

vote22mid by N/A is licensed under Screen Grab N/A